Opening with a child’s ascension to the Chinese throne, Su Tong’s latest novel charts the complexities of courtly life, as a boy of few talents is suddenly thrust into a position of power.

An extraordinary and chilling dramatisation of the dark side of nation-building, it is also a deft exploration of the failings of human nature. China’s uniquely long history has been characterised as the embodiment of wise stewardship and an adherence to Confucian principles of humanity. My Life as Emperor tells the real story of incompetence, cruelty, decadence and an absence of concern for anyone’s well-being but those holding power. It is a chilling yet enormously entertaining glimpse of the dark side of nation-building, as well as a vivid insight into the lives of the palace women and the surrounding court intrigue richly embroidered with extraordinary calamities and rampant slaughter. 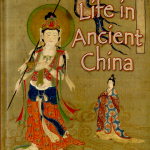 40 years of history of China in images
Previous

Madwoman On The Bridge And Other Stories