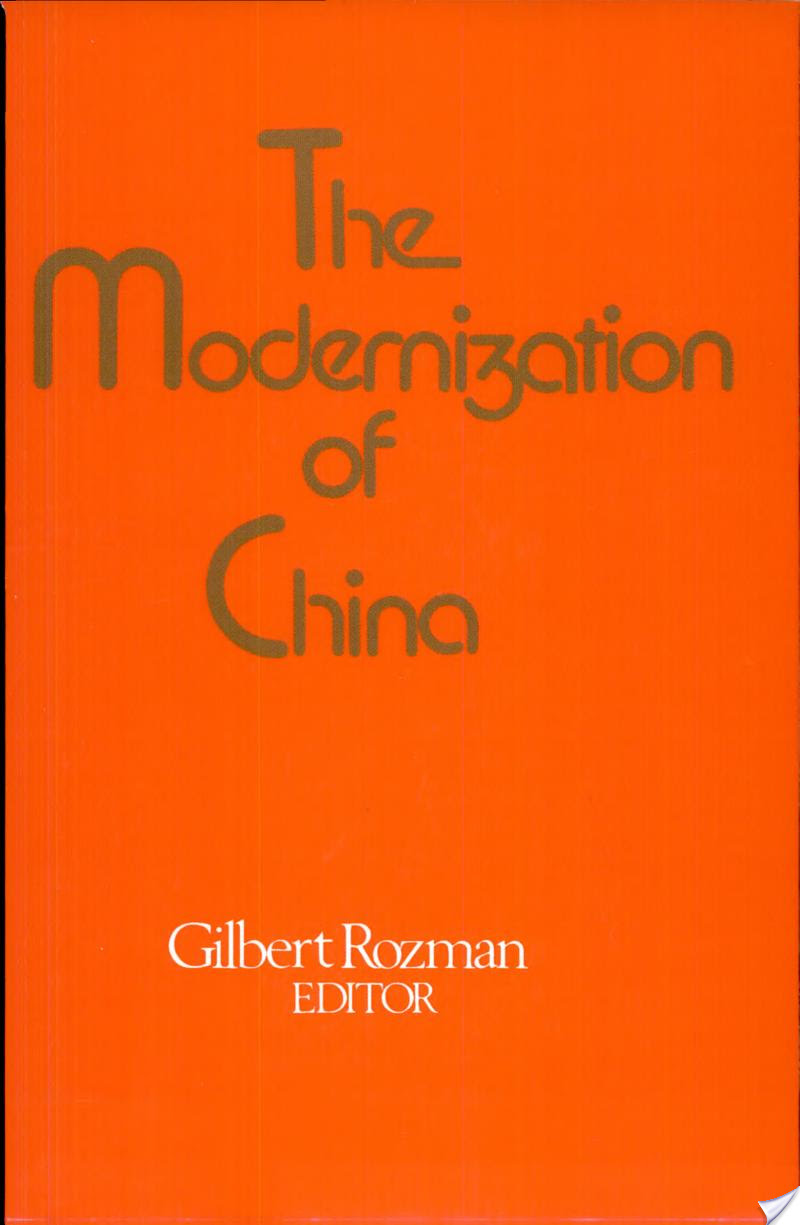 In the Modernization of China, an interdisciplinary team of scholars collaborate closely to provide the first systematic, integrated analysis of China in transformation–from an agrarian-based to an urbanized and industrialized society.

Moving from the legacy of the Ming and Ch’ing dynasties to the reforms and revolutions of the 20th century, the authors seek reasons for China’s inability to achieve rapid, steady growth during a 200 year-long struggle to modernize. They examine the changing shape of Chinese society: the role of the state in local politics; military affairs; economics; the development of the educational system; changes in family; population, and settlement patterns; science and technology; world views and foreign relations. And they make frequent comparisons between China’s experience with growth and that of two other latecomers to modernization, Japan and Russia.

The result is a book that brings much-needed clarity and perspective to our understanding of China, and the way a great civilization attempts to meet the challenge of modernity.