Guo Meimei, 郭美 美, born as Guo Meiling 郭美玲 is a Chinese internet celebrity embroiled in a series of scandals and frauds that have caused a lot of talk in China.

Guo was born in Yiyang, Hunan in 1991, and lived with her mother in Shenzhen as a child. In 2008 she attended the Beijing Film Academy. Her mother, Guo Dengfeng raised her daughter alone after her divorce, according to an interview on the television show “Larry Lang Live”. Guo Dengfeng would already be a millionaire before her daughter was born, and she would raise her in the comforts and luxury to deal with the hardship caused by her divorce.

In 2011 Guo gained notoriety by describing her opulent lifestyle to nearly 2 million followers on Sina Weibo under the nickname of Guo Meimei Baby.

The girl became famous in China in 2012 due to a first scandal where she had falsely linked her image to Chinese Red Cross. Guo attracted the attention of Weibo users outraged by the pairing of a humanitarian organization with an online celebrity like Guo who had made the display of luxury her trademark.

The girl during the interview said she had always been a thrifty young woman, but she approached the world of luxury when she was at the Beijing Cinema Academy where she started dating wealthy friends.

Because of her wealth, she had been nicknamed the Queen of the Fuerdai (富 二代, fuerdai in Chinese means “rich second generations”, an informal term for wealthy Chinese youth).

Guo Meimei in her profile pages on Sina Weibo often posted photos of her luxury collections and her image is closely linked to the ostentation of wealth.

During the interview, the young woman said that only two of the Hermes bags she had shown were genuine – one was a gift from her mother for her 18th birthday and the other was from Wang Jun, a real estate developer from Shenzhen City, in the southern province of Guangdong. Wang Jun once told her that she was planning to invest in a company that had some ties to the Red Cross Society of China and joked that he could get her a managerial position in the organization. Guo said she then changed her microblog profile from “actress-singer” to “commercial manager with the Red Cross Society of China” to show off to her friends, but she had no idea what the company and title was.

“I am deeply saddened. I didn’t want to (cause so much trouble),” Guo said, adding that she had never spent 1 yuan from the Red Cross to finance her lavish lifestyle.

As a result of this scandal, donations to the Chinese Red Cross Society collapsed and the organization was forced to issue a statement in which she distanced herself from Guo, stating that the organization had no relationship with the young woman.

In 2014, Guo was arrested in Beijing for illegal betting on the World Cup. This time, CCTV picked up her confession in August 2015. During the interview, Guo admitted that she helped organize a gambling ring and had “many times” sex for money. According to the indictment, the young woman had organized poker sessions in a rented apartment in the capital in March, June, and July 2013.

Guo was sentenced to 5 years in prison and received a fine of 50,000 yuan.

On July 13, 2019, she was released. The young woman underwent cosmetic surgery and tried to re-emerge. In December 2020, Shanghai police received a report that someone was selling counterfeit diet pills online.

On March 18, 2021, Guo was arrested again in Shanghai for selling diet products containing Sibutramine, an appetite reducer used in the treatment of obesity, withdrawn from the Chinese market in 2010.

The pills, which would have cost a few cents, were resold for 69 yuan. Police arrested 75 suspects in connection with the case and seized over 50 million yuan.

The pills were produced in some clandestine artisan workshops. 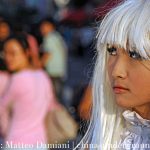 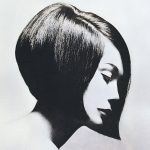 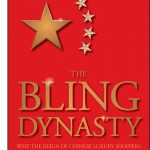 Comparing the Population of China’s Provinces to Countries