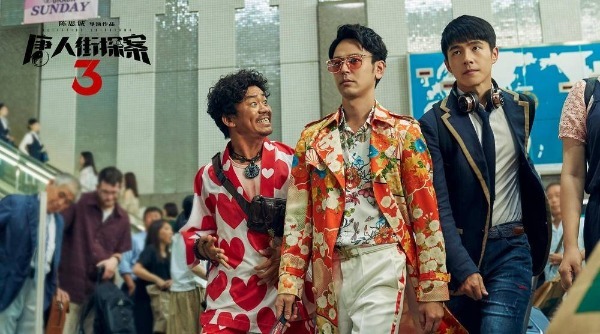 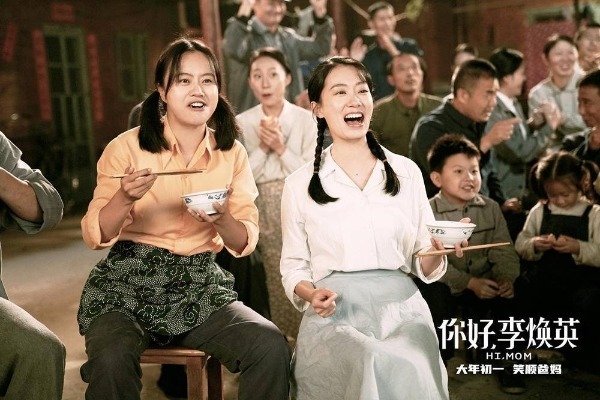 (Xinhua) China’s box office revenue during the week-long Spring Festival holiday ending on Wednesday hit a record high of 7.8 billion yuan ($1.2 billion), beating the same holiday in the previous years.
With a 32-percent jump from 5.9 billion yuan during the 2019 holiday, the figure heralds a bullish start to the Year of the Ox for China’s movie market, one of the world’s largest that last year generated 20 billion yuan despite the pandemic, outshining any other single market.
The latest gains from the holiday, usually a lucrative movie season in China, further the market’s robust growth in 2021 that started with record-high New Year’s Day earnings, bringing its yearly total to 11.5 billion yuan, according to data from the China Film Administration.
RECORD BOX OFFICE
Detective Chinatown 3 joined six other domestic productions for release on the Spring Festival, which was celebrated on Feb 12 this year and marked the first day of a new Year of the Ox per the Chinese zodiac.
The latest installment in Wanda Pictures’ well-received Detective Chinatown comedy film franchise raked in 1 billion yuan on Friday last week alone, breaking the 550 million yuan record of the 2019 American film Avengers: Endgame for the highest-grossing day at China’s box office.
A sequel to the 2018 comedy hit Detective Chinatown 2, Detective Chinatown 3 was originally scheduled for release during last year’s Spring Festival holiday but was postponed due to the COVID-19 outbreak.
The holiday box office ended on Wednesday with Detective Chinatown 3 placed at the top, grossing 3.56 billion yuan, or 45 percent of the total. Meanwhile, box office tracker Maoyan has forecast the movie’s total revenue to reach 4.5 billion yuan.
Detective Chinatown 3 remained the daily top earner for three consecutive days before being overtaken by the comedy film Hi, Mom, a maiden directorial project by comedian and actress Jia Ling.
Hi, Mom was placed second with a whopping 2.7 billion yuan generated during the holiday, an achievement that already made Jia the country’s most commercially successful female filmmaker ever.
Though still trailing in the total revenue race, the movie has been projected by Maoyan to claim the first spot and eventually complete its runs at over 5 billion yuan.
The other five films hitting theaters on the same day are fantasy thriller A Writer’s Odyssey, mobile game turned fantasy film The Yinyang Master, comedy-drama Endgame, animated fantasy New Gods: Nezha Reborn, and Boonie Bears: The Wild Life, which is the latest installment in the domestic animated comedy franchise.
“STAYING PUT” HOLIDAY
The Spring Festival holiday, traditionally one of the most important occasions of family reunions marked by mass human migration, was quite different this year from the previous years.
The holiday saw a reduced people movement as many Chinese opted to stay put in response to the government’s call for avoiding unnecessary gatherings as part of anti-epidemic measures.
Han Xiaoli, head of the China Film Distribution and Exhibition Association, hailed the role of movies in meeting the needs of people staying local during the holiday.
“Advance ticket sales for Spring Festival and the day after it beat expectations, especially in big cities, from where box office earnings accounted for a larger share than they did before,” he said.
While moviegoing is increasingly becoming an integral part of the Chinese people’s Spring Festival celebrations, many found it difficult to buy a movie ticket in their cities during the holiday as cinemas were fully booked for many of the timing slots.
“Never have movie theaters been such a hit in a Spring Festival holiday,” said Chen Ke, a young Beijinger from the city’s Chaoyang District.
The holiday saw a record high of 160 million people visiting movie theaters, up 21 percent from 2019, official figures showed.
Yin Hong, vice chairman of the China Film Association and a renowned film critic, attributed the soaring box office to multiple reasons.
Moviegoing, already a key part of festival consumption in China, rose as people reduced travels during the holiday, said Yin, also a professor at Tsinghua University, in a social media post. He added that the newly released titles in diversified genres were in a good place to meet the needs.
Much higher ticket prices than usual also fueled the surge in box office earnings, he said, noting that the increase in rates far exceeded the possible losses caused by the attendance cap, which, imposed as part of anti-epidemic measures, is at 75 percent in most of the country and 50 percent in areas like Beijing.
BULLISH START
Though the holiday sales, according to analysts, can’t simply represent the box office trend for the whole year, it can surely be seen as a good beginning of the Lunar New Year for the movie market.
The audience has been charmed by Hi, Mom, in particular, among others, giving it the top rating in a satisfaction survey covering films screened during the holiday, which was conducted by the China Film Art Research Center.
Hi, Mom stars Jia as a devoted daughter, who, deeply saddened by her mother’s death in an accident, finds herself transported back to 1981, where she meets her mother and attempts to improve the latter’s life by using ideas from the future.
The buzzy comedy, which Jia described as a tribute to her real-life mother who passed away tragically around two decades ago, brought many moviegoers to tears. It also sparked conversations online contemplating mother-daughter affection, with netizens sharing old photos of their own mothers at their young age.
Liu Haibo, a professor at the Shanghai Film Academy, Shanghai University, said the record box office earnings have shown the overall progress in the quality of domestic films as well as the artistic outlook of local audiences.
Domestic productions contributed 11.2 billion yuan, or 97 percent, to China’s 2021 box office. In 2020, the movie market generated 20 billion yuan, with domestic films contributing about 84 percent of the total earnings.
Source: Xinhua | Updated: 2021-02-19 10:00 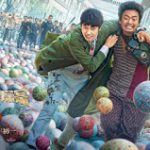