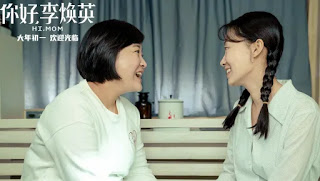 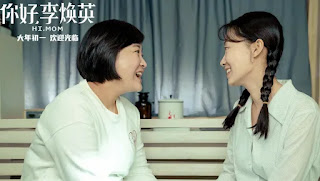 The lighthearted family comedy finished the weekend with $161.7 million, trailing DC3’s record-smashing opening of $397.2 million. But by Monday, fortunes had reversed as Hi, Mom pulled in $82.2 million compared to $66.6 million for the Wanda tentpole, according to data from Artisan Gateway.

The gap has only widened on Tuesday. As of 9 p.m. Beijing time, Hi, Mom’s revenue for the day had already passed $90 million — more than 50 percent of total ticket sales in China for the day — compared to $49 million for DC3.

Hi, Mom is still trailing in the total revenue race — $330 million and counting behind DC3’s spectacular $512 million haul after four and a half days. But ticketing giant Maoyan now projects Hi, Mom to eventually climb its way into first place. The company expects Hi, Mom to complete its run at $806 million, followed by DC3 at $709 million. Regardless of the exact outcome, the enormous lifetime grosses for both titles are going to be unprecedented for two movies that competed head to head.

The sudden shakeup reflects the extent to which Hi, Mom has become China’s clear favorite among the Lunar New Year offerings. Written, directed by and co-starring female filmmaker Jia Ling, Hi, Mom has received the best user review ratings by far of the seven tentpoles currently on release. Its social scores are 9.5 on Maoyan, 9.3 on Alibaba’s Taopiaopiao and 8.2 from movie buff site Douban — compared to DC3’s ratings of 8.6, 9 and 5.7, respectively.

The film stars Chinese comedy veteran Jia as a devoted daughter whose world is turned upside-down after her mother dies suddenly in an accident. In a state of emotional crisis, she finds herself mysteriously transported back to 1981, where she meets her mother (Zhang Xiaofei) and the social group of her youth. Jia’s character attempts to improve her mother’s life by using ideas from the future, but her plans repeatedly go awry.

Jia has described the film as tribute to her real-life mother, who passed away tragically several years ago. The film is based on her memories of the their time together. It’s also loosely adapted from a sketch comedy bit she performed on the first season of Zhejiang TV’s hit variety show Comedy General Mobilization in 2016. Thanks to Hi, Mom’s powerful performance to date, Jia is already China’s most commercially successful female filmmaker ever. 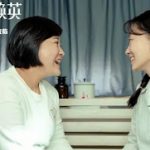 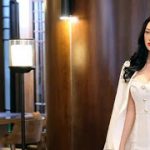