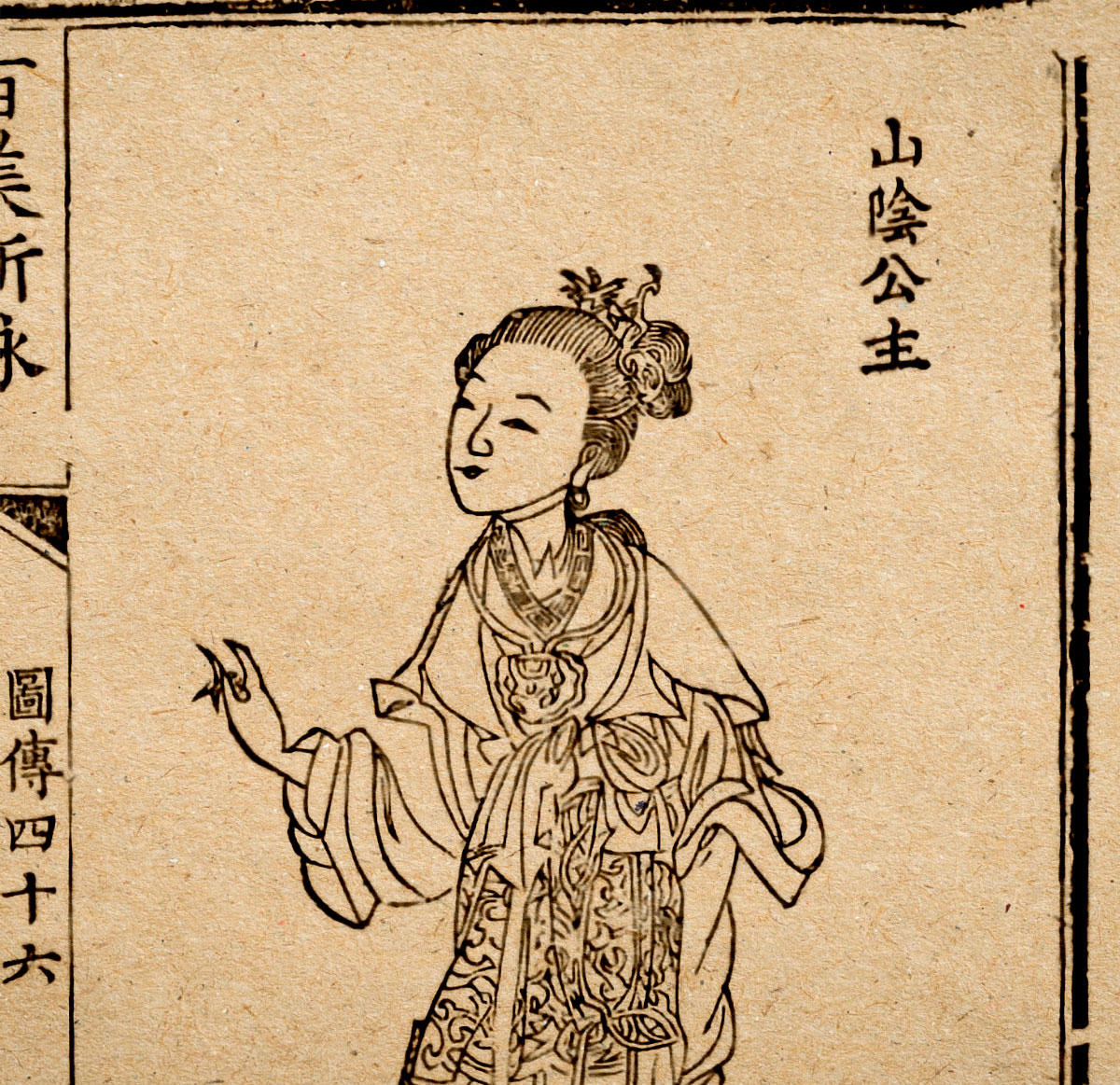 Princess Shanyin once told her brother: “You have more than 10,000 women in your palaces, and I only have one husband, and this is unfair.” He agreed and gave her a harem of 30 young men.

Princess Shanyin (山陰公主) also known by the title Princess Kuaiji (會稽公主), born Liu Chuyu (劉楚玉, who died in 465), was a princess of the Liu Song Dynasty and daughter of Emperor Xiaowu.

Although our sexes are different, we were born of the same father. However, you have more than 10,000 women in your palaces, and I have only one husband, and that is not right.

Princess Shanyin who had a closer relationship with her brother, once told him, “Although our sexes are different, we were born of the same father. Anyway, you have more than 10,000 women in your palaces, and I have only one husband, and that is not right.” In response to the Princess’ complaints, Emperor Qianfei granted the Princess to choose 30 young men for herself, (mianshou, 面首) as lovers.

From this time, the term mianshou was used to describe the lovers of women of a certain rank. The Emperor also promoted her to Princess Kuaiji. The Princess, however, was not fully satisfied with her brother’s concession.

One day she saw an official, Chu Yuan, who was young and handsome. The Princess asked Emperor Qianfei to grant him to her as a lover. The Emperor agreed and Chu was ordered to serve the Princess. But after ten vain days of attempts and temptations, he refused to have sexual relations with her, and she released him.

In 465, Emperor Qianfei was assassinated by his assistant Shou Jizhi, and his uncle Liu Yu became the Emperor Ming. Even before he ascended the throne, he issued an edict in the name of his grandmother Empress Dowager Lu condemning Princess Kuaiji for her immorality and debauchery, and her brother Liu Zishang for his violence ordering them both to commit suicide.

China’s Crackdown on Muslims Extends to a Resort Island