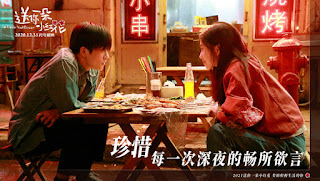 (Xinhua) Chinese feature film A Little Red Flower stayed on top of the Chinese mainland box office chart for yet another day on Saturday, pocketing 31.49 million yuan ($4.87 million) within the day.

The film had dominated the chart since its debut on Dec 31, 2020, generating a total of 1.16 billion yuan, data from the China Movie Data Information Network showed Sunday.

Coming in second was the crime thriller hit Shock Wave 2, which generated 21.26 million yuan on Saturday. Co-starring Andy Lau and Ni Ni, the film had raked in more than 1.04 billion yuan since its Dec 24 debut.

In third place was the Chinese sci-fi crime movie The Soul, which grossed about 17.98 million yuan on the second day of hitting the big screen.