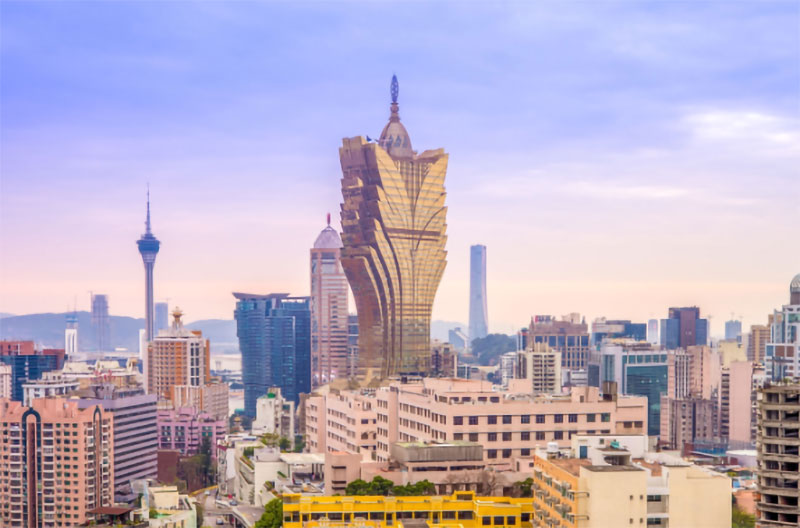 Although it has been referred to as “China’s Las Vegas” and “Asia’s Monte Carlo”, in fact the small Chinese territory of Macau stands head and shoulders above both of those locations and is now one of the most popular gaming capitals in the world.

Macau’s revenue from gambling exceeded that of the entire state of Nevada by 2010, just eight years after the Chinese government opened up the peninsula’s casino operations to multiple operators. In 2014, gamblers spent over 20 billion US dollars in Macao, and although revenue has declined slightly since then, gaming still makes up 70% of government tax revenue in the region.

The story of how Macau became the world’s top gaming destination is a success story for the Chinese economy, as well as a testament to the forces of globalization. It’s one that stretches back over two centuries, but really picks up speed in the last couple of decades. And it’s a story that is still continuing, as Macau gradually shifts its focus away from exclusive high-stakes gambling towards mass market entertainment.

Gaming culture in China goes back thousands of years, and although gambling has been illegal in mainstream China since 1949, the Chinese people continue to be drawn towards the activity. Macau is the only territory in Greater China (which includes both the mainland and Hong Kong) where gambling is legal and, as such, it acts as an important safety valve. It allows the safe, legal expression of what is arguably a cultural need, away from black market gambling and illegal casino dens.

Gambling in Macau can be divided into three broad streams: casino games (including slots), sports betting and lotteries. At present, Macau has yet to license internet gambling, although it faces stiff competition from many online casino real money sites, where players can enjoy a wide range of table games and win financial rewards from the comfort of their own homes, or while on the move. For many years, the casinos in Macau were purely Fan-Tan houses, offering the traditional Chinese gambling game (similar to roulette) before Western-style games began to be introduced in the 1960s.

Today, Fan-Tan, Keno and Sic Bo are still played, but Baccarat is perhaps the most popular table game, alongside roulette, blackjack and slots. Poker was first introduced in 2007 and continues to be played but has never achieved the same level of popularity as it enjoys in the West. Macau’s gamblers also flock to the horse racing and dog tracks.

Macau was a Portuguese colony in the 19th century and was steadily losing business to Hong Kong by the 1840s. The administrators responded by licensing the territory’s 200+ gambling houses, in order to attract visitors and reap tax revenue. The plan was a success, and Macau became a popular destination for international visitors.

In the early 20th century one company was given a monopoly over Macau’s many gaming concessions, but the sector’s potential wasn’t fully exploited until Stanley Ho’s STDM consortium won the monopoly in 1962. They introduced Western-style games and improved the marine transport from Hong Kong to Macau.

In the 1990s, as Portugal prepared to hand over Macau to China, organized crime became more prevalent in the territory. Gangs and triads fought violent turf wars, and business declined due to bombings and assassinations. China clamped down heavily on the illegal gangs when it took control in 1999, and in 2002 it ended the monopoly system, allowing multinational companies to bid for a limited number of concessions for the first time. The successful applicants included Las Vegas Sands, MGM, Galaxy and Wynn Resorts, although SJM Holdings (still owned by the Ho family) remains an important player.

Pre-transition, Macau’s gambling culture was dominated by VIP gaming rooms, catering to high-rollers who could play for high stakes in luxurious private settings. These gave Macau a unique selling point over rival locations, and the bigger casinos were often built around the VIP rooms. The focus on high-spending customers rather than the wider public continued into the 2000s, as these few individuals contributed the majority of casino revenues.

That began to change after a major anti-corruption campaign was instigated in 2014. It was believed that the VIP rooms were used to launder the proceeds of corruption and bribery, and many high-stakes gamblers began to stay away in order to avoid scrutiny. Although those with nothing to hide have to some degree returned, Macau has begun to move away from its reliance on the VIP sector towards mass market entertainment in the last five years.

A growing Chinese middle-class is increasingly seeing Macau as a glitzy, fun vacation spot. With multinational firms prepared to invest in the territory, Macau’s future looks strong. It faces competition from elsewhere in the region and online but is changing to meet these challenges.