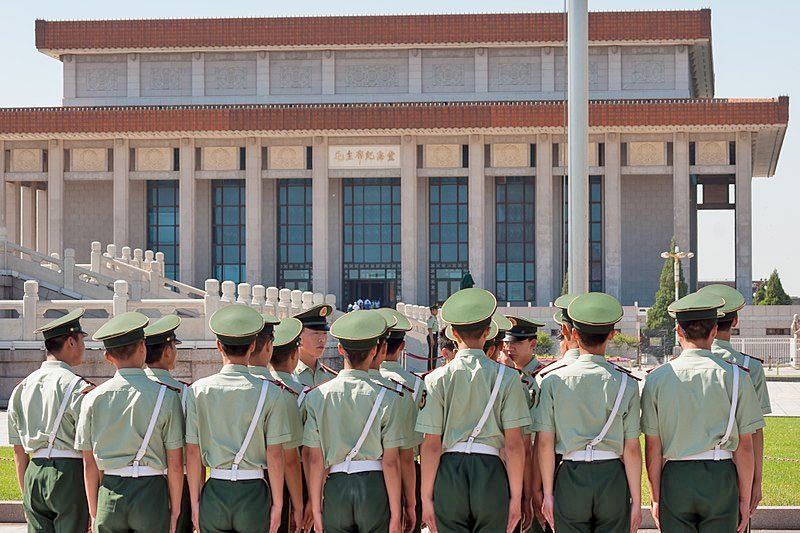 Draft resolution for Hong Kong law to proscribe secessionist, foreign interference, and terrorism to be presented as motion to National People’s Congress on Friday

The move contradicts China’s earlier position to allow the Hong Kong government to independently enact its own security law through the city’s Legislative Council.

According to the news site HK01, China is planning to enact a new security law to proscribe secessionist and foreign interference in a dramatic escalation of China’s effort to crack down the dissent in Hong Kong. The law will be introduced in the former British colony “through promulgation, without the need for local legislation”, according to South China Morning Post.

The new law would target terrorist acts and ban all activities aimed at toppling the central government and external interference in Hong Kong’s affairs and are opposed by pro-democracy politicians and have sparked mass protests in the past.

Before #Beijing is getting ready to impose the most controversial national security law upon #HongKong tonight. I unusually failed to post anything on my Facebook Page. #Article23 #nationalsecuritylaw #Hongkong pic.twitter.com/9wA5AbZwML

The NPC will hold a news briefing at 9:40 p.m. Thursday, ahead of the opening session on Friday.

After the vote on the resolution at the end of the annual session, the law will be forwarded to the Standing Committee of the NPC to chart out the actual details of the legislation in the next meeting as early as June.

“The NPC decision will delegate the NPC Standing Committee to draft the new legislation for Hong Kong, which would be included in Annex 3 of Hong Kong’s Basic Law,” said one source to SCMP.

After this process, Hong Kong will have its national security laws, 23 years after the handover of the city.

The Legislative Council of Hong Kong is headed for elections in September. After their success at last November’s district council elections, the opposition parties have vowed to get a majority to block all bills put forward by the government.

Hong Kong’s governor Carrie Lam said that the national security laws are an “important constitutional requirement for the government,” needed in light of the “violence and near terrorist acts” of the recent protests.

Some protesters have called for demonstrators to block the second reading of the bill on May 27.