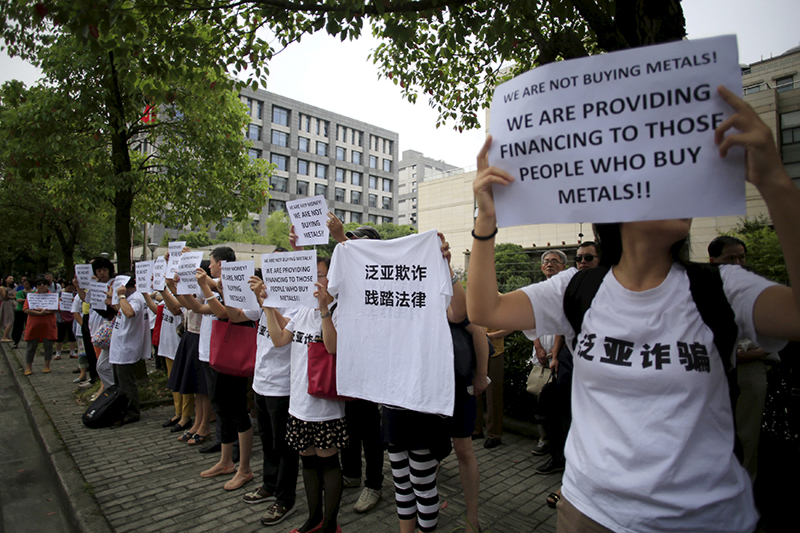 SHANGHAI/BEIJING (Reuters) – Chasing the promise of outsized returns, 48-year-old businessman He Xiaolun started trading oil last August on a platform developed by the Shaanxi Non-ferrous Metal Exchange. Over the next five months, he lost nearly 3 million yuan  ($455,000). “Initially, I lost several thousand yuan,” He said. “The exchange’s trading advisor told me to put in more money, and guided me into trading more frequently.” The exchange did not respond to questions from Reuters. The advisor said clients made trading decisions and it was not the exchange’s fault if they lost money. He and other investors say they were duped by online commodity trading platforms that have cropped up over the last few years in China. Some have been using internet dating sites to lure customers. The country’s securities regulator has said trading on such platforms is highly speculative and therefore risky, and the cause of heavy losses for many clients. The China Securities Regulatory Commission (CSRC) also warned the “large number of complaints and disputes” against such exchanges were a threat to “social harmony and stability”. Outrage among China’s growing class of retail investors over the disappearance of their life savings has become a big headache for the stability-obsessed Communist Party after a series of financial scandals in recent years.

By the end of 2015, annual spot commodities trading volume had reached $4.5 trillion on more than 350 independent exchanges in China, according to data from Euromonitor. Trading volume grew 35 percent annually from 2011 to 2015. Investment bank Jefferies estimates there are more than 600,000 active spot commodities traders in China. But while a bout of turbulence in major commodities futures markets last month triggered a swift response from regulators against “speculation”, there remains little oversight over small regional exchanges. Despite issuing its warning last month on the risks investors faced playing such exchanges, the CSRC says it is not its job to regulate them. “It’s the local government’s responsibility,” said a CSRC official in Shaanxi, central China. Disgruntled investors and some analysts say that results in frequent conflicts of interest, as many small exchanges are backed by regional governments.

“These exchanges are big tax contributors to the local government, and are thus protected by them,” said Chang Chengwei, an analyst at Hengtai Futures Co. “At the same time, they’re not supervised by CSRC. This is a regulatory loophole that puts many small individuals’ money at risk.”

Slowing growth is exposing cracks in China’s financial system, where defaults are spreading. Beijing recognises the risks, and has launched a nationwide campaign targeting fraudulent investment practices. But new speculative hot spots pop up as fast as others are shut down. Many small investors piled into commodities this year after an equities bubble burst, erasing more than 20 trillion yuan ($3 trillion) from China’s stock markets. Many retail investors have ended up on regional spot exchanges as commodity trading firms ratcheted up their sales pitch, with cold calls from sales representatives promising double-digit monthly returns. Online dating sites, too, have become popular venues for the hard sell by some trading firms. Users are lured into trading commodities by someone they meet on the site, thinking they are developing a personal relationship. They often end up losing tens of thousands of yuan before realizing the relationship is strictly business.

“This has become the biggest type of scam on our site over the past year,” a top executive at a leading Chinese online dating company said.

The site has teams dedicated to blocking offending accounts, but they just reappear later under a new name, he said.

“LACK OF POLITICAL WILL”

The regulatory ambiguity is a major risk for established companies operating in the sector. 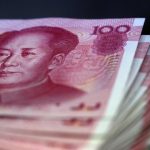 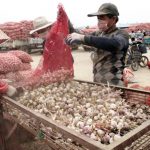 China invests in garlic boom: some investors switch from stocks to garlic

Shanghai-based Yintech Investment Holdings Limited, which operates an online platform for customers to trade gold and silver on three spot trading exchanges, raised more than $100 million in a Nasdaq initial public offering in April. The company cited regulatory changes as one of the key risks to its business in its listing prospectus. Jefferies, which was the bookrunner for the IPO, said in a May 25 report that a “major risk to Yintech is if the Chinese government attempts to unify the regulatory bodies of the various exchanges”, but concluded that “we do not believe there is enough political will to do so in the short run”.

Underlining the lack of clear rules in the sector, one of Yintech’s key trading venues, a regional metals exchange in Tianjin, said last week it was adopting a new trading system that Yintech said was intended to remove a conflict of interest that meant brokerages could profit from their clients’ losses.

Although Tianjin Precious Metals Exchange accounted for 40 percent of Yintech’s trading volumes in the first quarter, Yintech CFO Jingbo Wang told Reuters the changes would not affect its business. The CSRC said in its warning last month that some regional exchanges were violating the rules on spot trading. For example, some were conducting intra-day trading with clients, which is only allowed on futures exchanges, CSRC said. The regulator also said some deals were structured so that exchange members were effectively betting against clients.

“We’re not trading with other investors,” said businessman He, who lost money on the Shaanxi exchange. “We’re gambling against the exchange itself, at a great disadvantage.”

When Reuters contacted the Shaanxi branch of the CSRC concerning He’s complaints against the Shaanxi Non-ferrous Metal Exchange, the questions were referred to the local government. An official at the finance department of the local government said it was looking into the matter, but “it’s very complicated and takes time”. The exchange itself asked for questions to be submitted by email, but did not reply to the written questions. Saleswoman Miao Lu, who handled He’s account for a member firm of the exchange but has since left to start her own business, said there was nothing wrong with how it operated.

“You don’t complain when you make money, right?” she said. “The Exchange just provided a platform. If you have confidence in your ability to make money, you just come and trade.”

Disillusioned by the stock market, bank clerk Wang Lili said she was coaxed into trading crude oil at the start of 2015 via a trading platform that is a member firm at the Beijing Petroleum Exchange and lost 1.1 million yuan in 10 months as prices fell.

“The sales manager repeatedly told me that oil prices have bottomed out and it was time to buy,” Wang, from the northern city of Tangshan, said. “I trusted him because Beijing Petroleum Exchange is state-owned and is based in the capital.”

Sales agent Dong Hao, who handled Wang’s account, said he no longer marketed for the exchange after an increasing number of complaints, but added that it was up to clients to control risks. “If you lose money, and the casino operator makes money, there’s nothing to complain about,” he said. Beijing Petroleum Exchange’s largest shareholder is the Beijing municipal state-owned asset management company. Other investors include PetroChina Co. Ltd., Sinochem Corporation, and CNOOC Investment Holding. None of the companies replied to phone calls or faxed requests for comment. On March 18, China Central Television (CCTV) aired an investigative report alleging some oil products traded on the Beijing Petroleum Exchange did not have regulators’ approval. In response to the CCTV report, Beijing Petroleum Exchange released a statement on March 25, saying it had launched an investigation into Shihang International, a member firm that was accused in the report of breaching rules by allowing futures trading. Results of that investigation have not yet been published and Shihang declined Reuters’ request to comment. Hou Xiaoyu, a lawyer representing investors suing the exchange, said that, while it was only licensed for spot trading – which typically refers to contracts for immediate settlement – it allowed what he called quasi-futures trading. Contracts traded on the Beijing Exchange are standardized, offer high leverage, change hands frequently and are not for the purpose of actually taking delivery of the products – characteristics of futures rather than spot trading, Hou said. Beijing Petroleum Exchange said in an emailed statement to Reuters that there had been problems with some of its member institutions, which it did not name. The exchange added that it has dealt with issues. ($1 = 6.5811 Chinese yuan renminbi) 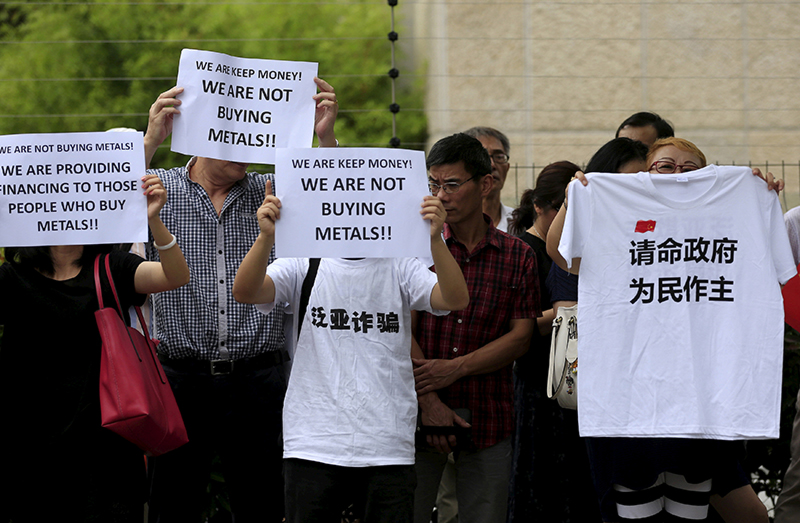 China invests in garlic boom: some investors switch from stocks to garlic
Previous