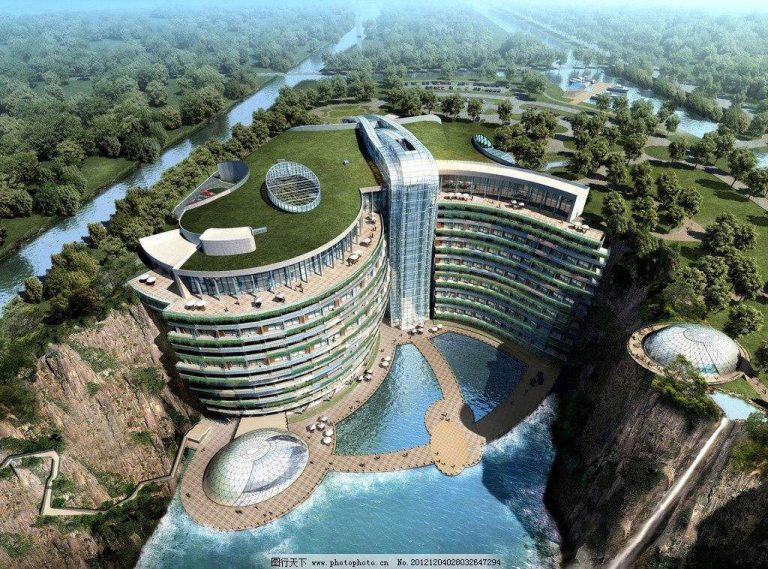 According to the design plan, the main building of this five-star hotel includes the hotel lobby, conference center, guest room section, entertainment catering, and logistics services.