Whilst 20 or even 10 years ago you would have struggled to find a competition in the country, horse racing is becoming increasingly popular in China. The sport was always popular in the country before the 20th century when aristocrats from around Europe use to travel around the world to race their horses on China’s tracks. But in 1949 the sport was banned by Communist Party leader Mao Zedong, who came to power after a political struggle in the country and banned a number of different hobbies. 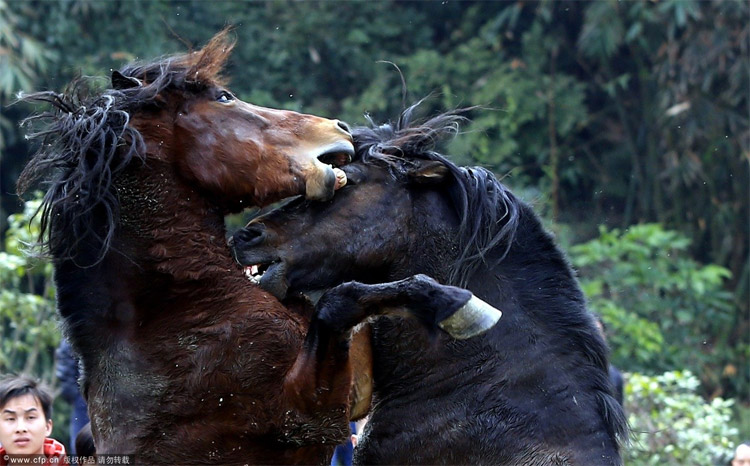 Every year, in Rongshui Miao Autonomous County, Guangxi, not too far from Liuzhou, local people celebrate the Chinese New Year with the 500-year-old tradition of horse fighting.