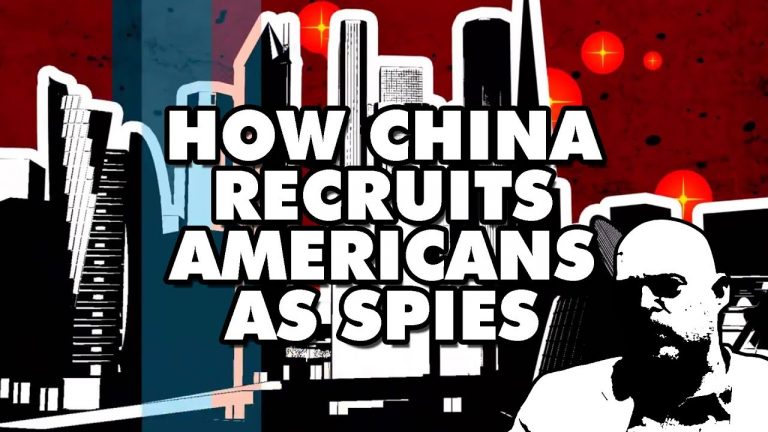 Interview with Nate Thayer, an American freelance journalist whose journalism has focused on human rights, areas of military conflict, and narcotics trafficking.

Why did they try to hire you and what they want from you?

Well, that was the question I wanted to know. Obviously, they didn’t say they were cover agents of the Ministry of State Security when they contacted me. What they said was they were from a political risk consulting group which is kind of a common business. I’ve been contacted by legitimate ones before, in Asia, they are called risk analysis groups and they are generally hired by companies who want to do business in a country.

What’s stood out for this, first of all, that the company was from Shanghai, in China, and they have no interesting in economic issues, almost all of the clients of these political risk analysis groups are really interested in economics, their businesses, they are trying to make money.

These questions had nothing to do with businesses, they had to do with a very hot button, political issues between the U.S. and China so that immediately struck me unusual, so I had actually made some work for legitimate political risk analysis groups based in Asia before – I spent 25 years as a foreign correspondent in Asia – so I contacted a couple of these guys and these companies and they never heard of this company and I did just normal basic due diligence, you know, googling who this ‘Shanghai Pacific & International Strategy Consulting Co’ was, and they didn’t exist. There was no footprint of their existence, so I thought “this is interesting”, immediately red flags went off it, they were very amateurish, really.

It was my first thought as a journalist ‘hey, this could be a good story, that’s looking like the Chinese are trying to recruit me as a spy’, and my second thoughts were, ‘wait because you get involved in that murky world and we got all kinds of people on all both teams and all teams who are up to no good and misinterpret stuff, so my work in Asia for 25 years primarily in wars, and countries conflict, and turmoil, I lived in Cambodia many years and I covered North Korea, Burma, and other places, so I have a lot of sources in the intelligence world, so I sent out a couple of messages to them saying ‘what’s going on here?’ and immediately the response was ‘you need to be very careful with these guys, they are not who they say they are.

Yeah, the amount of money offered was … miserable

Yes, exactly, kind of a personal insulting (laughs). I learned pretty quickly this is very common, and make no mistake about it, all sides do the same things. I’m an American, the Americans could do the same things in China, and the Chinese do it to the Americans. Every intelligence service, including Italy, they do the same thing, that’s their job. It’s not that unusual, but these guys were real amateurish.

I don’t know how this works, or I didn’t know how it works, but I know a little better now, but apparently, it’s quite common that the Chinese cast wide net, you know like fishing, so whatever they can pull in, that sometimes can be very fruitful, and useful. If they reach out to someone like me and it doesn’t work out they don’t really care. But I would say I was struck by how bold this was because this was all in writing.

Did you ever go to China during this conversation?

I have been to China many times, but I did not go to treat, that’s was the one thing I was specifically warned about very seriously by people who I consider friends who are intelligent agents. They were very concern. If you go to their turf, if you go to their territory, then you enter a world that can cause you big problems. I actually negotiated with them to meet in a neutral country, two countries were Singapore and Thailand, both of which I’m familiar with, and both of which are kind of neutral. You know, the Chinese and the Americans and all kinds of other people operate in those countries freely.

I don’t and didn’t have the resources to confirm who with these people actually work, because remember that at the end of the day all I really had was fake names and Gmail addresses. So, I contacted the intelligence sources that I know who do this for a living, focused on China, they did whatever they do and make things confirmed that these guys were agents of the Ministry of State Security Shanghai Bureau, which for some reason Shanghai Bureau is very very active in recruiting foreigners, probably because Shangai is an international city, lots of businessmen work there.

Imagine if you’re a young recent college graduate in your early 20s and you get some message from somebody saying they want to pay you because you’re the, you know, the second coming of Jesus Christ, and you know you’re brilliant and you know everything, and they say they want to pay you for your work, I have no doubt and I know for a fact this is a major concern at least for U.S. intelligence that this kind of people are being targeted and they probably don’t even know they are working for the Chinese. Obviously, these guys didn’t say they were Ministry of State Security but I did have it confirmed 100% exactly who they were.

I was taken aback by how many Americans have been arrested in just the last few years, I wasn’t aware of this for spying for the Chinese or whatever derivation of spying you want to call it.

There’s been like fifty-seven Americans were in federal prisons in a hook. I follow the news pretty closely, but I didn’t realize it was that extensive.

So, it’s common and I thought ‘well, you know, it’s a kind of a good story and so I tried to string them along. I did not meet them, and I obviously didn’t take money from them, but I did keep communication with them going on for more than a year and they were very bold, they specifically asked me to steal classified information from the U.S. federal government and give it to them.

Does Chinese intelligence try to hire journalists only to gather information or also to spread misinformation abroad?

That it’s an excellent question. I don’t know, I presume they do because all spy agencies are up to all kinds of no good. It doesn’t matter what team you’re working for, so I presume that they spread this information. Their job is to provide raw intelligence to their analysts essentially and then they have other units that are getting up to things like spreading information.

I didn’t find these guys to be very sophisticated, but I’m told that they are the same people who actually have done serious damage to CIA operations in China over the last couple of years. They managed to really crack down the CIA operations. That’s my understanding, so you are not playing around here, and here in this country ever since 9/11 the U.S. has quite extraordinary surveillance powers and they arrest people all the time here and now for even tiptoeing info, what they call stealing national security secrets, so honestly one of my worries was that I was going to end up getting arrested by some idiot of the U.S. intelligence who doesn’t understand what journalists do, and that was the concern of many of my intelligence sources too. You know, some guy sitting in from a windowless room would misinterpret what I was doing and then all bets were off.

So I was very strongly recommended not to go to Shanghai which I was invited to go with these people and not to take any money. I didn’t do either but I also wanted to know who these guys were, so as a journalist I had a couple of choices, I could either meet them so that there was a human being on the other end instead of a computer, you know, email is a gate, or I could create some kind of paper trail like a bank transaction which might be able to use to trace back who their people work with but if I did either one of them, then I was getting into deep shark-infested waters.

I did contact the FBI here, the people responsible for Chinese recruitment of the American disguises to the foreign counterintelligence division of the FBI, because the CIA is not allowed to operate in the U.S., so it’s the job of the counter-intelligence bureau to the political things.

I did eat with them, they did confirm who these people were, but they said ‘yes, you are right, they are trying to recruit you’ but then they said ‘you either have to work with us and not lightning the story, and let us control through a whole operation from now forward or we can have anything to do it’ so obviously I couldn’t do that, you know, that’s not my job to work as an asset for the government, but that’s why I contacted them in the first place because the Chinese wanted me to do just that, so I wasn’t going to do that for any government and that was kind of the end of it, but it did strike me what idiots the U.S. intelligence was – it took them a year to get back in touch with me, I have very good sources and U.S. intelligence I pass this information on fully, all the email exchanges because I wanted to make sure black and white that there was a paper trail showing that was not tracking or trying to work for the Chinese intelligence. It took the FBI a year to get back in touch with it.