Mimi Tao walked outside of her residential compound at seven in the morning as usual, but found that the driver had already dropped off the products at the front gate and left. After checking her order list and confirming all the products were accounted for, she hauled them all back to her garage and began the deliveries to residents on her list. There were cherries, apples, imported snacks, rice, and even handmade wontons from a local store in Suzhou. It usually takes Tao about two hours to complete the deliveries.

Tao is the organizer of the group-buying platform Linxuanhaohuo for her residential development in Zhangjiagang, Suzhou in eastern Jiangsu province. She started the job in August 2018, after a friend’s recommendation. Tao works full time as an accountant as well. She says she usually spends four to five hours every day coordinating the orders and posting products on the WeChat group of 219 people she manages.

“I am busier on Mondays, Wednesdays, and Fridays because I need to deliver products on these days,” Tao said (our translation).

Tao is not the only person in the apartment complex who manages a community-buying group. She has a competitor in the compound—Maggie Xu, who works for another platform, the name of which roughly translates to Tongcheng Life. Xu’s group is double the size of Tao’s and the platform offers a wider variety of products.

Group-buying platforms have their own mini programs on WeChat which customers use to place their orders. Each day, organizers post links in the chat group to products that are popular or are on sale. Xu usually starts putting product links in the group chat around 9 a.m. She first posts links for products on promotion, and then fruits. In the afternoon she posts links for snacks such as yogurt, sweets, and nuts, and then sometimes eggs. As Spring Festival approaches, gift boxes are also popular in the group.

China’s grocery market is large—it is expected to be worth RMB 11 trillion ($1.8 trillion), the world’s largest, in 2023, according to research agency IGD. But it’s complicated—rather than a weekly trip to the supermarket, most Chinese consumers visit a variety of stores and marketplaces to stock their pantries.

Chinese companies from small to large have been trying to figure out how to sell groceries online for years. Venture capitalists fueled the craze by injecting hundreds of billions of yuan in the sector since its first boom around 2013.

The earliest attempts included asset-heavy approaches like Dingdong Maicai, which ran its own warehouses and logistics systems, and marketplace operators like Meituan and JD Daojia that offered delivery support for offline vendors.

However, within the broader online grocery category, selling fresh produce online has proven a hauntingly difficult task. Selling highly perishable goods with significant logistics requirements has driven more than a few fresh produce platforms out of business, from Amazon-backed Yummy77 to Xianpinhui. The most recent example is the collapse of Dailuobo, a grocery upstart that burned $92 billion in five months.

Mall owner: Physical retail can thrive, despite e-commerce, with innovation 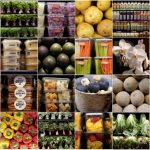 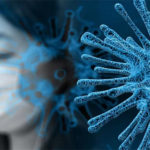 China’s community-buying trend can be traced back to the early days on platforms like Meituan and Dianping, which offered Groupon-like deals. Community-based group-buying emerged around 2016 within chat groups on ubiquitous messaging app WeChat. The model gained momentum around 2018, especially in second-and lower-tier cities after WeChat launched its mini program ecosystem.

The Covid-19 outbreak changed Chinese consumers’ daily routine of shopping for fresh food and daily necessities offline. Although the behavioral shift boosted all businesses in the grocery delivery sector, community group-buying has taken off. One platform, Xingsheng Youxuan, has attracted investment from a number of tech giants, and was valued at $5 billion as of its latest round of funding led by Tencent.

The group-buying model addresses the pain points of online grocery deliveries. Many group leaders themselves operate small mom-and-pop stores, which become informal hubs for such platforms. This saves on overhead costs such as running an offline storefront and expensive last-mile deliveries. Pre-ordering and overnight deliveries lower the attrition rate for fresh food compared with storing big piles of inventory at a nearby location to sell. Meanwhile, group leaders, motivated to acquire users through their own social networks for higher commission, help the platform save on user acquisition costs.

Lower-tier cities and rural areas are also powering the next stage of overall e-commerce growth in China. Its shoppers are viewed as being more inclined toward social shopping experiences, given the quick rise of social e-commerce site Pinduoduo.

Unlike other sectors in China’s tech industry, there’s no big player monopolizing the community group-buy market. It’s more like a collection of stores, where customers place orders on different platforms according to what kind of products they want, such as fruit, seafood, or snacks. Some residents will buy eggs on one platform and cherries on another.

For most of the buyers, finding a good deal is the main reason to join a community-buying group. Some residents in Zhangjiagang told TechNode that they have joined more than one group-buying platforms to compare prices. Customers aren’t loyal to a platform; what matters is the price of the product and how well the platform handles the order fulfillment.

Partially due to platform competition and partially because of consumer demand, group leaders have started to promote products from multiple platforms (in Chinese) within the WeChat groups they manage, and offline pickup centers serve several platforms.

Xu said her mother-in-law had used Duo Duo Maicai exactly twice to take advantage of the platform’s free gifts for new shoppers. Unlike many group-buying platforms that deliver products to customers’ front doors, Duo Duo Maicai opened offline stores outside of compounds for customers to pick up.

“She hasn’t bought anything since then because there are fewer products on their platform and they don’t support home delivery service,” she said.

Discussions with neighbors who share the same interests is a reason for shoppers to stay active on one platform.

Deng Chanling, a stay-at-home mom in Shanghai, became an organizer for group-buying startup MMchong after using the service for a year. When Deng moved to her new neighborhood in October 2019, the part-time job helped her to get to know her neighbors. She now knows most of her 200-member WeChat group from offline promotional events, she told TechNode.

The workload of less than 20 hours a week gives her a comfortable balance between a job and taking care of her son, who is in primary school. Deng earns around RMB 3,000 ($462) a month, and RMB 6,000 during peak holiday seasons, through the 10% commission she earns from her sales in exchange for promoting the products, using her space for product storage, and logistics services.

The income is far from sufficient to support a family in a metropolis like Shanghai, but good enough for the time and energy she invests daily, Deng said.

The company delivers the products to Deng’s home the morning after a group order is placed, every other weekday. “It usually takes me an hour or two to sort out the orders. My neighbors will drop by to pick up their orders in the afternoon.” she said. She only delivers the parcels to a doorstep if the order is higher than RMB 108.

The part-seller, part-user role of the group leaders help the platform select what products to sell, a crucial factor in differentiating from rivals. MMchong constantly updates its product listings. Deng says she tests samples recommended by suppliers and gives her feedback as a user before the platform determines whether or not to sell it.

Deng doesn’t rely on the job to make a living, but some co-workers do. There are group heads who earn monthly income of around RMB 15,000 by mobilizing the whole family. “In such cases, they are operating on a larger scale and can afford to rent their own pickup storefronts,” Deng said.

As the community group-buying sector grows in size, smaller group-buying platforms are feeling the pressure. Xu said the competitive market has affected her commission rate. When she first started in 2018, she would net around 10% to 11% commission on each product, but now she earns just 6% to 7%.

“Last year there were not so many group-buying platforms so we had a high commission rate,” she said. “Now, more platforms have joined and they give a lot of coupons and discounts to attract customers, so the platform ended up cutting our commission.”

At the onset of the group-buying war last year, tech giants that set their eyes on the model had been poaching staff from existing players like Xingsheng Youxuan and Nice Tuan by promising to double or triple their salaries for similar positions, according to local media. In one case, most of Xingsheng’s employees at a Wuhan delivery center jumped ship to Pinduoduo within two weeks, forcing the downtown center to suspend its business.

Competition between platforms starts with suppliers, according to Deng, the MMchong group lead. “Our supplier for sweet corn, a top seller on our platform last year, says that they have already sold out this year’s harvest to higher bids,” she said.

A threat to offline markets, maybe

Experts expect group-buy platforms to eclipse grocery stores. “There’s no chance for supermarkets larger than 500 square meters to survive in the next year or two given the increasing adoption of community-based grocery e-commerce,” (our translation) Ye Guofu, founder and CEO of Chinese low-cost retailer and variety store chain Miniso, said in December.

Pinduoduo cited an estimate from Goldman Sachs: By 2025, nearly half of China’s grocery shopping will take place online, up from 20% currently, and reach about $1 trillion in sales.

For Xu, she hasn’t set foot in the neighborhood supermarket for a while. She believes group-buying will replace the offline supermarket one day.

“I can just order online and the products will appear at my door the next day,” she said. “The price is also cheaper, so why not?”

However, there is still a lot of uncertainty in the sector.

The government summoned tech majors including Alibaba, JD.com, Meituan, Tencent, Pinduoduo, and Didi for a meeting in December. Regulators issued a list of restrictions on group-buying businesses, forbidding predatory pricing to beat out competition as well as falsely advertising discounted prices and posting misleading product information.

The move follows a few months after these companies pushed into the sector with rock-bottom prices for fresh groceries, charging RMB 0.99 (around $0.15) for a box of eggs and RMB 0.01 per 500 grams (around a pound) of cabbage. The state-run People’s Daily ran a commentary telling tech companies to focus on innovation for bigger benefits instead of “thinking about the traffic of a few bundles of cabbage and a few pounds of fruits.”

Using low prices to attract users is reminiscent of the subsidy wars seen in many industries, but particularly tech-related sectors, from ride-hailing to bike rentals. Such an early intervention from state regulators comes against the backdrop of intensifying tech regulation, but could also be a result of the importance of fresh produce and grocery, a sector considered too vital to the masses for hot money to mess up.

Many people have relied on group-buying platforms for daily groceries, rivals to offline supermarkets that also stock standardized and durable goods such as packaged snacks and detergents.

But there are exceptions, including neighborhood wet markets that consumers in China still depend on for the day’s fresh vegetables. Freshness still outranks convenience for many shoppers, particularly older generations who would rather make the daily trip outside rather than risk allowing a platform employee select food for the family dinner.

Xu stopped posting links for vegetables to the group after many complaints about quality. Tao said one of the advantages of living in second- and third-tier cities is their proximity to the countryside, which means easy access to fresh vegetables and seafood. For Tao and her family, going to the wet market for vegetables is a deeply ingrained habit.

“Usually it’s my mother-in-law who buys the vegetables and she is more picky and wants to see them before buying them,” Tao said.

Mall owner: Physical retail can thrive, despite e-commerce, with innovation