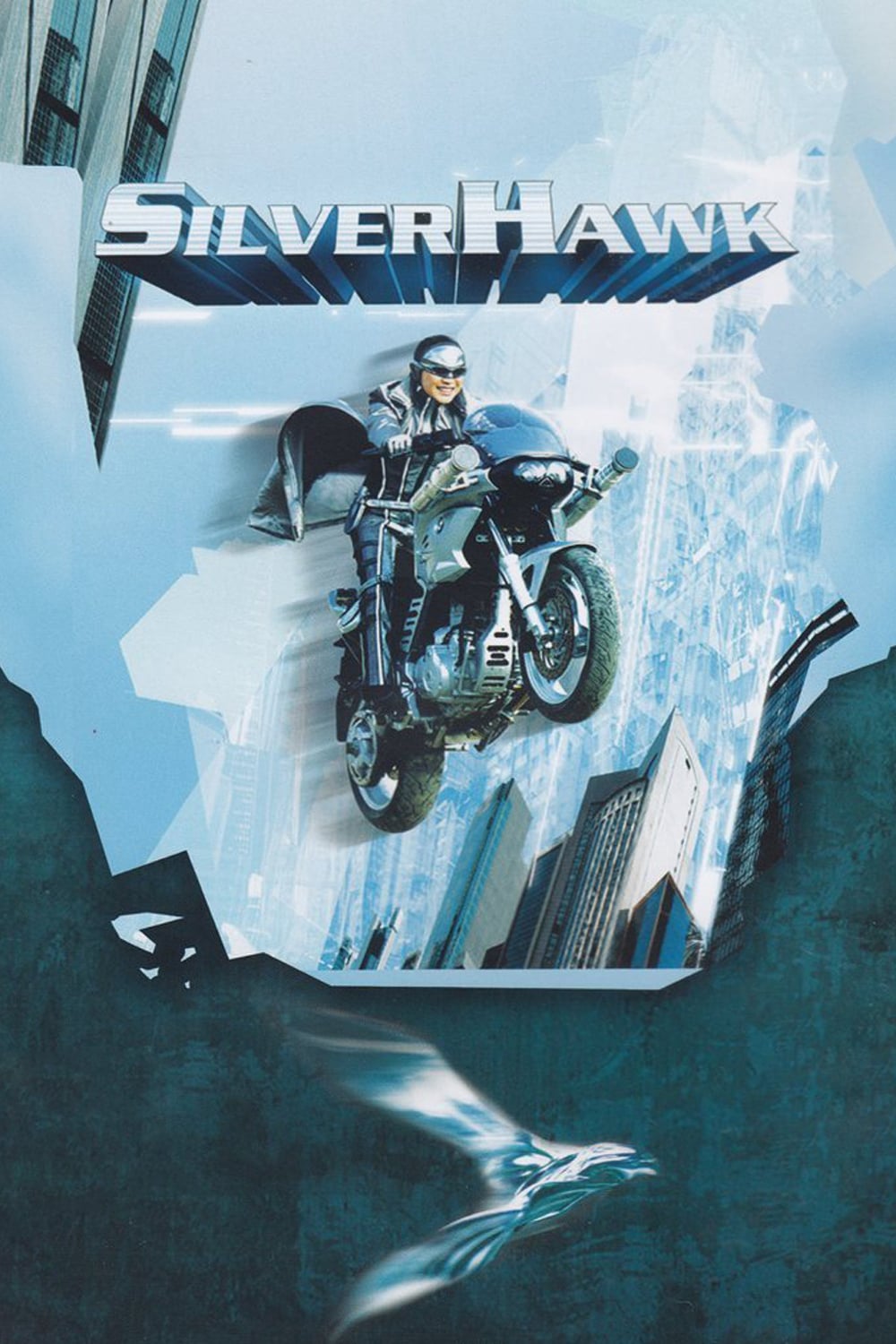 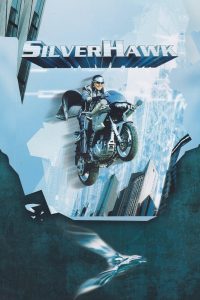 Michelle Yeoh plays Lulu Wong, a much-idolised rock star and philanthropist by day, and a super heroine, Silver Hawk, who fights injustice in skin-tight black leather outfit as her alter-ego. Richie Ren plays police detective Richman, who has an uncanny instinct and incredible wit, but he hates Silver Hawk for being always two steps ahead of the police. Both of them, however join hands to fight a baddie, Wolfe (Luke Goss) who wants to dominate the world through a special microchip in mobile phones which will broadcast subliminal message to users. Directed by cinematographer-turned-director Jingle Ma.

Michelle Yeoh plays Lulu Wong, a much-idolised rock star and philanthropist by day, and a super heroine, Silver Hawk, who fights injustice in skin-tight black leather outfit as her alter-ego. Richie Ren plays police detective Richman, who has an uncanny instinct and incredible wit, but he hates Silver Hawk for being always two steps ahead of the police. Both of them, however join hands to fight a baddie, Wolfe (Luke Goss) who wants to dominate the world through a special microchip in mobile phones which will broadcast subliminal message to users. Directed by cinematographer-turned-director Jingle Ma.

Michelle Yeoh plays Lulu Wong, a much-idolised rock star and philanthropist by day, and a super heroine, Silver Hawk, who fights injustice in skin-tight black leather outfit as her alter-ego.

Silver Hawk riding her motorcycle through China. She is chasing thugs who have stolen pandas and are getting away in a truck. She attaches her bike to the truck, jumps on top of and fights the men in the truck until they give up. She heads back to Polaris City (located where Hong Kong is in our world) where she meets an old childhood friend, Rich Man. Then a flashback occurs, going back to the martial arts training academy.

He is the new head of the police department. He recognizes Lulu, Silver Hawks’s name in real life, from magazine covers. He tells her of his mission to arrest Silver Hawk. When they arrive at the airport, he asks for her phone number, but she asks for his phone instead. She implants a tracking chip so she can overhear his conversations and agrees to a date if he can recall who she is.

At home, she is telling her assistant Mimi about her trip when her adoptive aunt arrives with Professor Ho Chung for a blind date. Prof. Ho starts to tell her of his new project when she gets word of a bank robbery. She suggests going to the movies and leaves. The pattern of fighting crooks and disappearing before the police arrive repeats until she arrives at a mugging. This is really a sting for Rich Man to arrest her, but she fends him off and handcuffs him to a pole. As she leaves, he yells that she’s leaving without a goodbye. This triggers a flashback to when she left the academy with a monk who would train her further in kung fu, leaving him heartbroken.

Back at home, she finds the professor’s assistant waiting in his place. The assistant, Kit, escorts her to the professor’s demonstration of his project: an A.I. chip that would tap into several databases with information about the user to suggest ways for the user to improve his or her way of life. Lulu doesn’t like it because it might infringe on free will. Later, Kit reveals he is a Silver Hawk fan and Man, who is there to provide security, recognizes his “little sister.” Then the professor is kidnapped by Morris and Jane, with the police and Silver Hawk soon giving chase. At one point, the escape truck is blocked and the two kidnappers get out to slow the pursuit until the truck can move. Silver Hawk battles the two while a camera on his head sends images of her to his boss. The chase ends at an outdoor wedding where she chooses to save the bride instead of following the crooks.

While Man investigates Shiraishi Inc., who expressed interest in Ho’s chip, Ho is brought before Alexander Wolfe, who wants his chip to take over the minds of the phone’s users. He coerces Prof. Ho into helping him.

Man’s investigation takes him to Zenda City (a.k.a. Tokyo), where Shiraishi is headquartered. His friend on the local force, Lt. Lisa Hayashi, takes him to the CEO, who is already seeing his niece, Lulu Wong. Later, the CEO’s daughter Tina is kidnapped by Morris and Jane, and Lulu intervenes. The camera on Morris’ head transmits images of Lulu to his boss (Wolfe), who deduces who Silver Hawk is. The crooks escape, and Man brings her to the local police station and asks her about her kung fu skills, which she had earlier denied maintaining. Outside the station, they see the CEO driving away and follow him, knowing that he’d refused to cooperate with police. They tail him to a meeting with Wolfe, who whisks him away in a helicopter before the two can intervene. All Lulu can do is take a picture of Wolfe and later send it to Kit, knowing that he’s a fan.

Wolfe wants the CEO to put Ho’s chip in a new phone and distribute them in exchange for his daughter. Later, he forces Prof. Ho to speed up his preparation of the subliminal messages that phones will transmit, despite possible long-term damage to the user’s mind. Ho manages to slip a secret message into the phone’s computer code.

Days later, Shiraishi is promoting its new phone, and the CEO is more focused on that than on seeing Lulu about his daughter. Lulu goes to her apartment and finds flowers and a message from Wolfe to meet him about Tina. As she’s about to leave, she finds Man, who has begun to guess who Silver Hawk is, waiting outside to talk to her. She tells him to wait in the hotel bar, but he leaves some tracking chips on top of the door. when she leaves, the chips fall onto her hair, and he tracks her to her meeting. Inside the building, she meets Wolfe, who then sends four men attached to bungee cords to attack Silver Hawk and leap away before she can respond. She manages to fend them off until Wolfe injures her shoulder with his prosthetic arms. She then uses one bungee cord to leap up to a window and escape. Man tracks her to where she’d passed out from the pain and takes her to his apartment to confront her about her vigilante actions. This is interrupted when Kit walks in and start to blab about the e-mail he’d sent her about Wolfe. Man drags him away to get the information about Wolfe. That interrogation is interrupted by a newsflash about the CEO’s support of Wolfe to run for premier. Kit sees how unnatural the CEO’s face is; Man sees he’s wearing a new phone. The two investigate the connection.

As Lulu bathes to heal her shoulder, she recalls a lesson her teacher gave her about the nature of water and kung fu. This gives her an idea on how to deal with Wolfe.

The next day, Kit has discovered the secret message Prof. Ho put in the code. Wolfe plans to activate the mind control in a few hours, but they don’t know where to look for him until Silver Hawk sends them the address. There, the police battle Wolfe’s thugs until Silver Hawk arrives to help put them away. Kit finds a way to Wolfe’s lair and then tend to Prof. Ho while Silver Hawk and Man battle Wolfe and his men. She uses cloths attached to her flying blades to subdue his prosthetics, and she and Man finally defeat him. But they must use Wolfe’s retinal scan to stop the process, so Kit tricks him into opening his eyes. This foils his plan but also activates the self-destruct system. Silver Hawk and the rest escape, but Wolfe is crushed to death.

Back in Polaris City, Lulu has a date with Man. He’s called away on official business, leaving the question of whether he’d arrest Lulu unanswered. Silver Hawk later drives up next to Man, and the two tease each other about their signature moves. [wikipedia]