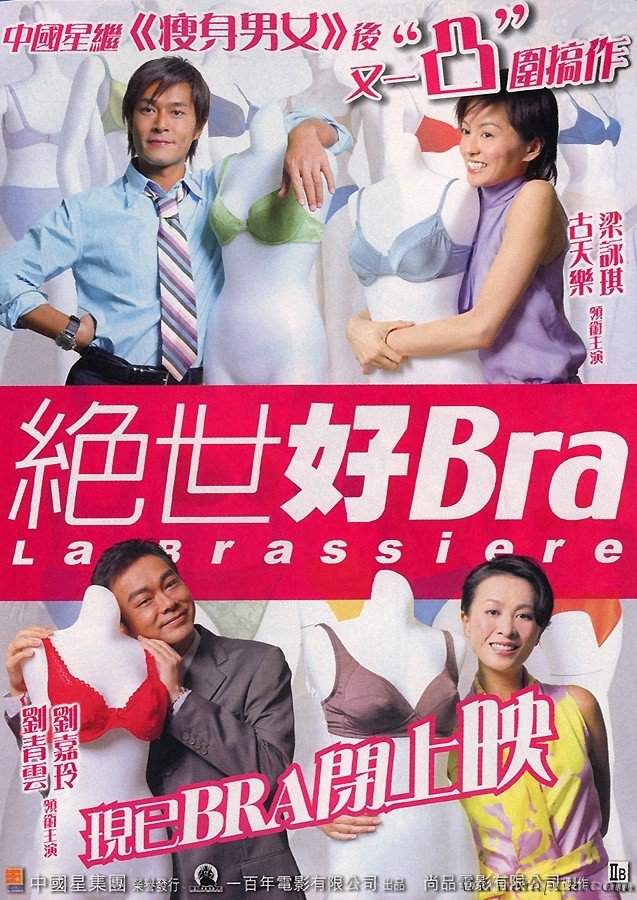 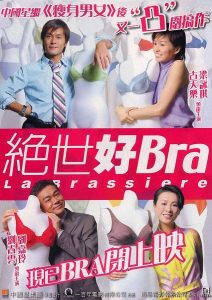 When Japan’s SIS Group decides to crack the Chinese market in distaff undergarments, the Tokyo boss instructs her HK rep, Samantha (Carina Lau), to hire two men to help design the Ultimate Bra. Samantha settles on Johnny (Lau Ching-wan), a male briefs designer, and serial womanizer Wayne (Louis Koo), much to the delight of her all-femme staff but to the chagrin of her chief designer, Lena (Gigi Leung). Zippy first half-hour, as the men first find themselves in seduction heaven but are then cut down to size when Lena challenges them to wear a bra and falsies for half a day, is enormous fun, much of it coming from seeing two major stars jump through self-mocking hoops. Thereafter, the expected romances develop: Johnny falls hard for the businesslike Samantha, and Wayne tries desperately to make headway with the standoffish Lena. The crucial breakthrough, both professionally and romantically, comes when Lena tells Wayne that a woman’s breasts feel most comfortable and secure when in, uh, a man’s hands. Though there’s plenty here to set the PC crowd’s teeth grating, it’s hard not to surrender to the movie’s overall sense of fun, which isn’t far from a ’50s Fox movie with Monroe or Mansfield.

The big surprise is Koo’s playing, which is remarkably relaxed for this normally wooden-hunk actor. His teaming with Lau (best known offshore for his roles in Johnnie To crime dramas) works well as a pairing of opposites. Leung, who perfects a scornfully throwaway “Ha!” throughout the movie, is delightful. Copycat productions have already started appearing in HK, and an official sequel is in the works.