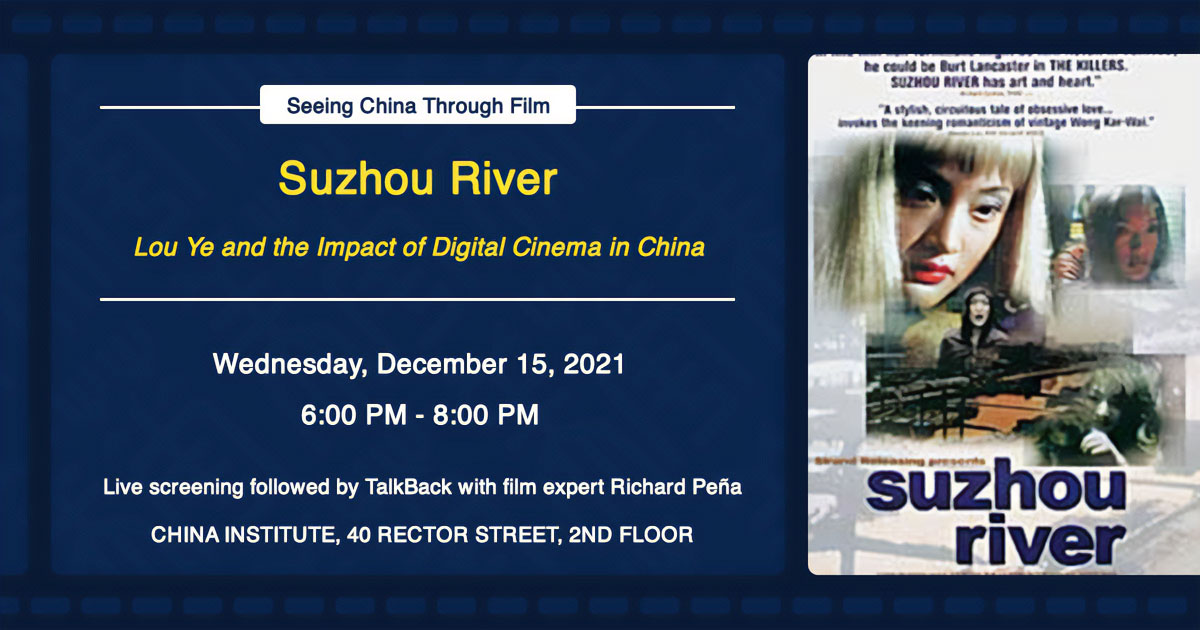 Join China Institute on December 15 for an in-person screening of Suzhou River, followed by a talkback with film expert Richard Peña.

Lou Ye is one of the most influential and important directors in China today.

Through his films, Lou brings to light his interpretation of social issues of the marginalized in Chinese society. One of his most important works, Suzhou River, is a tragic love story set in modern Shanghai. But rather than show off China’s glamorous “pearl of the orient,” writer-director Lou sets the film amid the chaotic factories and abandoned warehouses along the Suzhou River, which runs through the city. The film, which was never shown in China, gives us an up-close look into contemporary China’s gritty urban underbelly.

Richard Peña is a Professor of Film Studies at Columbia University, where he specializes in film theory and international cinema. From 1988 to 2012, he was the Program Director of the Film Society of Lincoln Center and the Director of the New York Film Festival. A frequent lecturer on film internationally, in 2014-2015 he was a Visiting Professor in Brazilian Studies at Princeton, and in 2015-2016 a Visiting Professor in Film Studies at Harvard. In May, 2016, he was the recipient of the “Cathedra Bergman” at the UNAM in Mexico City, He currently hosts WNET/Channel 13’s weekly Reel 13. 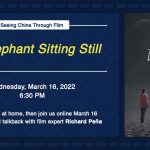 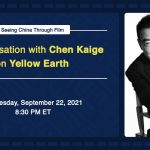 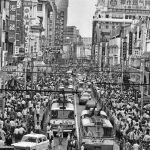