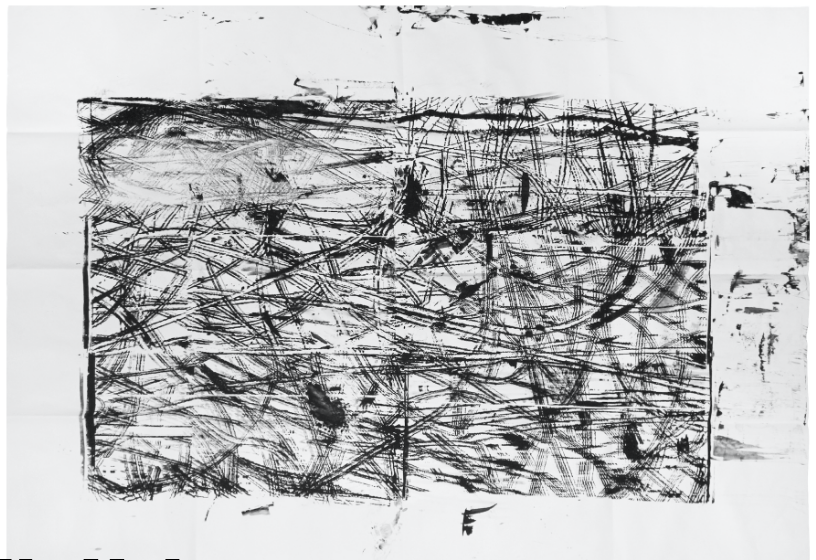 “On Nature and Insanity” assembles the work of three contemporary artists from China: Xia Peng and Yu Linhan, both based in Berlin, and Yu Aijun, living and working in Shenyang.

Each of them tackles the problem of perception in a world that is increasingly dominated by technology and virtual reality. Although quite distinct from another and each different in their approach, their paintings & drawings unite in an attempt to restore a feeling of nature and a natural state of mind — whatever that may mean. It does not come as a surprise that their artistic attempts oftentimes seem to border on the verge of insanity. Yet, “insanity”, as Jean Dubuffet has famously said, “is super-sanity”. It is in this sense that their works function on a meta-level in opening up different perspectives on our “nature”, such as, literally, land- and seascapes, as well as industrial environments and virtual reality. In face of a world in which nature is radically transformed by the artificial, “insanity” might not seem so insane after all.

Peng gradually changed his artwork from ink painting to easel painting, with occasional prints and drawings in charcoal. With curiosity, patience and artistic skill, he explores cultural differences between China and Germany, focusing his attention on the smaller, oftentimes overlooked aspects of our daily lives. From different angles, his work reflects on what belongs to us, who we are, what we are and what has been left to us in the visual world. “Our world is constantly altered by high-tech. Lotus and bamboo are no longer my everyday life, instead, life is taking place on digital screens. I enjoy it, while worrying about the future. Such massive, exaggerated visual materials, which are neither positive nor negative, are part of today’s wonderland of nature. The relationship between me and nature, subject and object, in my opinion, remains as before. As a Chinese, I am used to a traditional culture that talks a lot about nature. I believe that such ancient intelligence exists in other cultures as well, such as the concept of a god that is everywhere and nowhere, for example. The concept of art is like that, too. For me, contemporary art is like a language with different tools. And it is unavoidable that this language evolves. Yet, it always leads to the same objective of communication with nature. Painting allows me to stare at spiritual, visual and tactile feelings on the image carrier. For me, this creates a parallel space that resonates with the real world.” — Xia Peng

He is the author of tens books published in China, including “The Studies of Drawing” and “Cognitive Realism”

He currently works and lives in Shenyang and teaches at the Lu Xun Academy of Fine Arts. As an artist, he seeks to develop the possibilities of painting, exploring the connection between form and the world as a source of form. “I am an artist but also a teacher at the Academy of Fine Arts. The life experience of the Chinese countryside has given me a sense of sensitivity and a sense of nature and feeling based on it. Around 2008, I created a lot of such works, which were just casual and self-sufficient for entertainment. Later, I slowly brought myself in. These images are partly narrative and partly abstract, somewhere between the East and the West. I think they are quite non-descriptive, but fascinating in their very indelible nature.” — Yu Aijun

Yu Linhan’s works unify order and disorder. With great precision, Linhan draws an impenetrable mess of what could be branches, lines or cables on wall-filling formats. Amongst other imagery, he uses photographs of labyrinthic structures, such as entangled wires or pictures of nerve-pathways, which he took during his hospital-stays in 2011 and 2018. These images function as template and starting point for his abstract pictorial aesthetics, which is both an analytical view of nature/hospital imagery and an autonomous drawing. He takes us so close to the structure of his objects that we can perceive them as representational and as abstract at the same time. The viewer’s gaze is lost in seemingly chaotic all-over-networks, while the infinite but never self-repeating loops of the lines seem to provide an overall stability, despite the image’s intrinsic turbulent state.

MIGRANT BIRD SPACE is a Berlin- & Beijing-based contemporary art foundation and gallery, providing a showcase for artists as well as art-agency services in China and Europe. Working out of its gallery space in the heart of Berlin, the foundation offers a professional platform for cross-cultural communication between China and Europe with a focus on contemporary Chinese art. Promoting both established and emerging artists, Migrant Birds provides gallery spaces for exhibitions in Beijing and Berlin, an artist-in-residence program, regular talks and lectures, as well as support in liaising with museums, universities, private institutions and more.