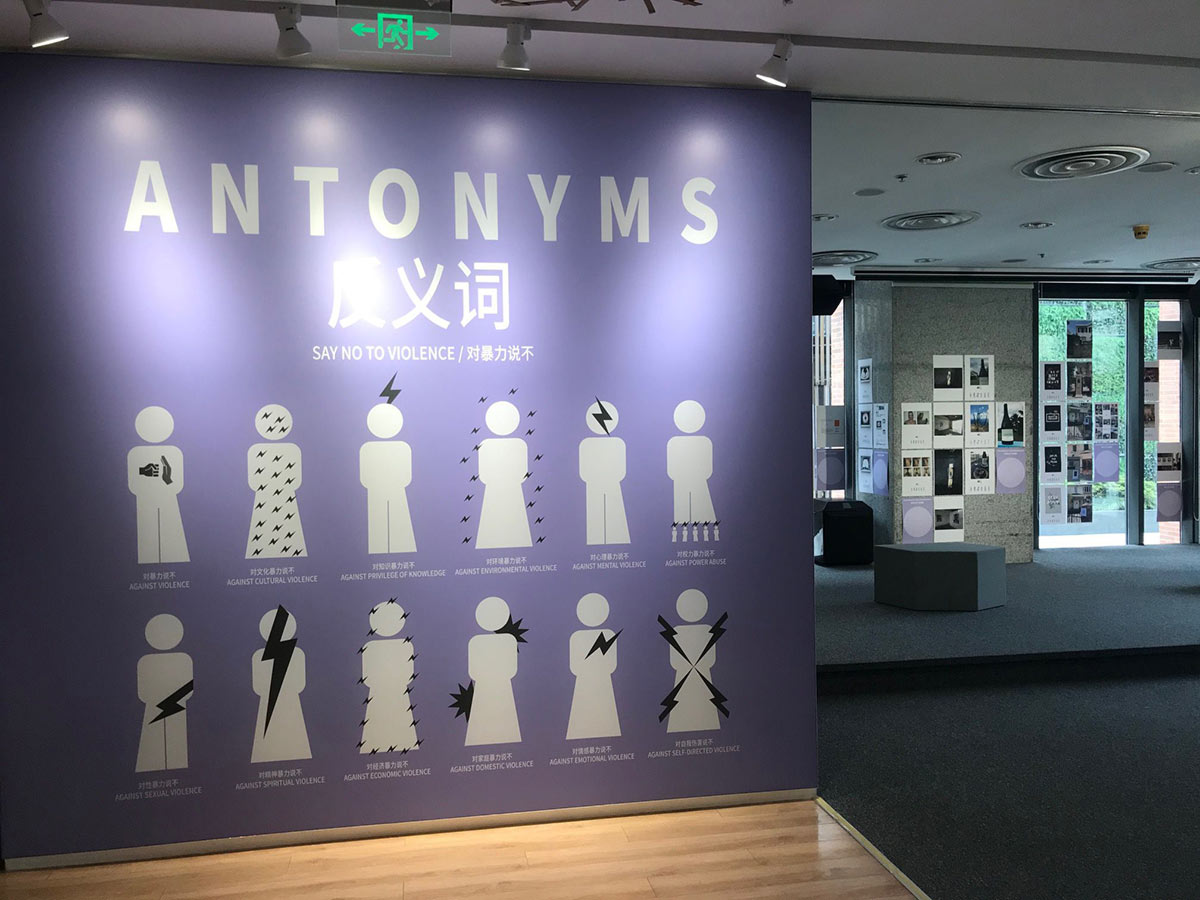 Following the “Starting a conversation on comparative feminism” exhibition in Nanjing, China in 2017, WhyWhyArt initiated ActOnition – an Action performed in public spaces by individuals and activists to not only acknowledge personal responsibilities but also to Act On, point out and change the unjust aspects of social behaviors.

For that occasion, WhyWhyArt proposed seven initial Antonyms (in a form of graphics) that potentially will become a kind of toolkit of cultural awareness to foster communication – like an emoji of shyness, found in everyone’s mobile phones. Due to the vibrant reactions and ideas of the participants around the world, the number of Antonyms ultimately grew up to 12.

To involve more participants in this project, WhyWhyArt launched an open call welcoming individuals from all kinds of backgrounds and nationalities. The open call for action was shared on different social media, and promoted through different channels, as well as word of mouth.

Antonyms as a form of ActOnition emphasize the necessity to keep raising awareness for different social groups of “s(he) gender”, and is designed to draw attention and to discuss the structural antithesis between development and tradition in emergent economies.

Antonyms clearly depict rejection of sexual, physical and mental abuses perpetrated for anti-social economic interests. Sexual harassment is just one form of exploitation – alongside with labor exploitation, organ harvesting and not to mention cultural constraints related to ancestral prejudices against equality in society.

What could be driving factors for change in traditional societies, where family bonds have been and still are a crucial part of a person’s identity? Is enhancing women rights ever possible in the framework of a traditional family?

Putting social bonds and group interests over individual desires and goals is a necessary pre-condition for a solid, strong traditional society. Everybody must act according to their role and status to ensure the continuation of the tribe. However, the fabric of society, which we perceive as inert and stable is made of acts and thoughts of the leading individuals, and then crystallized and petrified over time.

In the age of social media and the digital, there are channels for artists and individuals transmitting powerful messages on a scale never seen before.

While preparing this exhibition the Covid-19 pandemic broke out and is still with us – this has allowed the whole world to feel the presence of violence even stronger. Mobility was and is restricted. People are separated by distance and security forces. Oftentimes people have been forced to stay together in limited spaces for an extended time period. This has made people more conscious of violence at work and in society: economic violence, environmental violence, and inequality of how knowledge is spread in society.

The exhibition includes a considerable presence of Italian artists, active internationally, who have dealt with the theme of violence, crucial in this historical pandemic phase.

Caterina Notte, a multimedia artist who came to the world of photography from architecture, focuses on violence against sensitive groups, women and children. Daniele Mattioli, between China and Italy in the last twenty years and based in Shanghai, contributes to the exhibition with his photographic-journalistic sensitivity, capturing the sacrifice related to the advancement of society.

Elena Monzo frames recurring female figures, represented with a visionary style, in the ephemeral context of contemporary society, homologated and decadent, breaking the stereotypes of gender. Flavia Bigi, emotional artist, gives visual form to feelings and focuses on deciphering the causes of interaction, conflict and violence between intimate and cultural, economic and social spheres.

Antonyms – ActOnition is an exhibition with international contributions curated by Zane Mellupe, organized by WhyWhyArt, and the Department of Culture and Education of the German Consulate General Shanghai, supported by ifa gallery, and EASA (European Art and Science Association).

The exhibition is designed as a wall of expressions enabling individuals to show their works and actions – keeping the exhibition growing through the 3 months while it lasts.

During this exhibition, several expert forums will focus on different topics of violence across different sectors – involving anthropologists, artists, researchers and scientists. 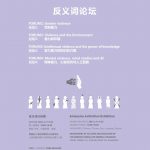 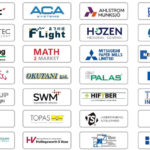 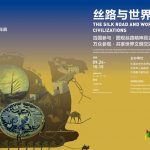