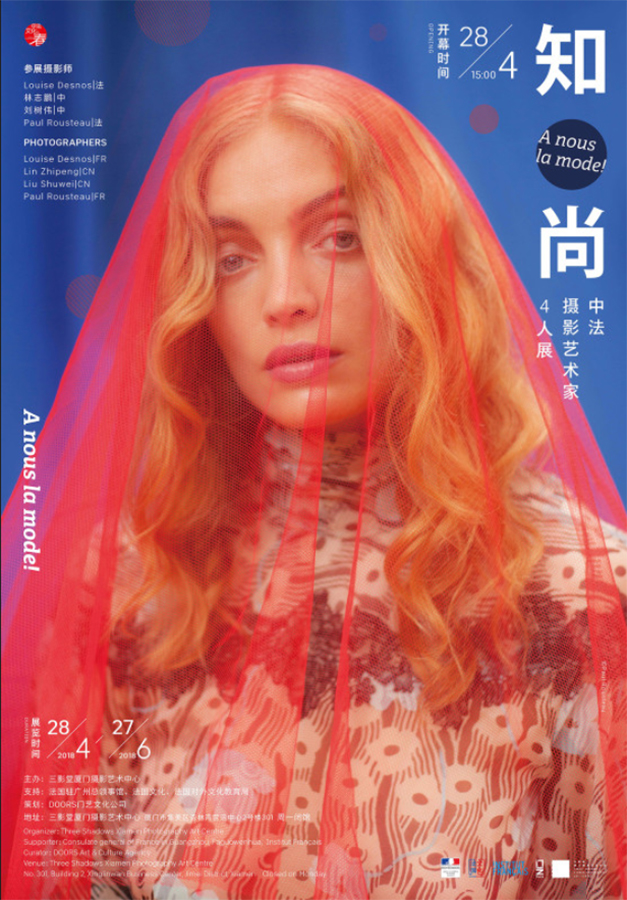 The inventive and daring style of these young designers results in subjects that feed the photographers’ imaginations and lets them explore their emotions, obsessions, and desires. 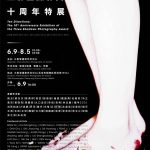 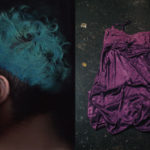 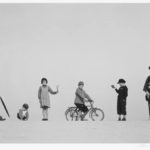 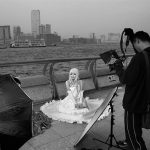 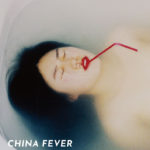 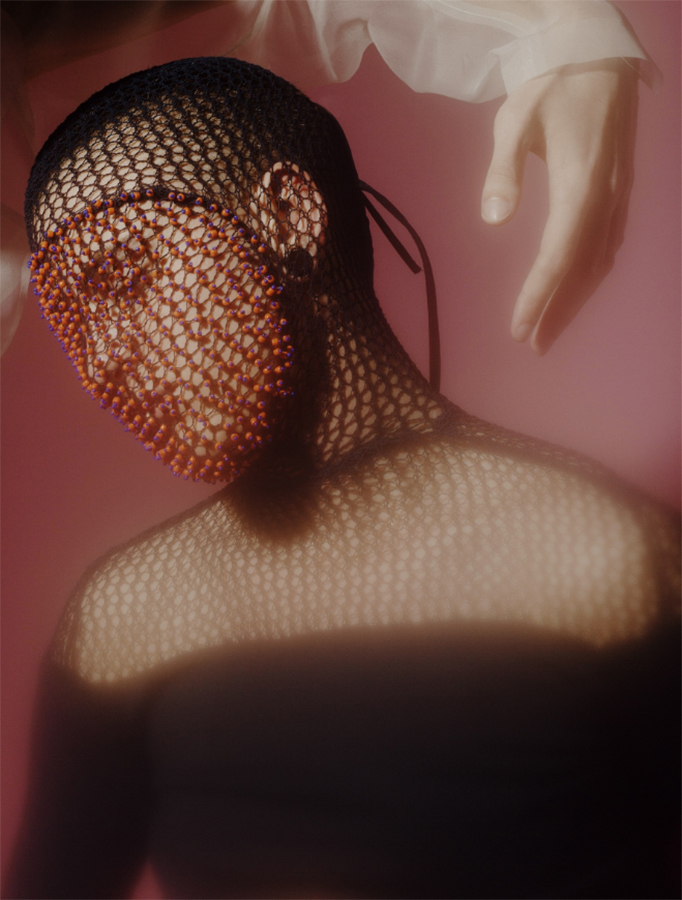 The photographers selected for the exhibition, A nous la mode!, part of the first Franco-Chinese Fashion Meetings are very young. Lin Zhipeng was born in 1979, Paul Rousteau and Liu Shuwei in 1985, Louise Desnos, the youngest, was born in 1991. They have the distinction of developing parallel portfolios in fashion and art, drawing from each a singular inspiration, which in turn illuminates the other. Freed from complexity, reversing situations and genres, working their photos as the painter does their palette, these talented artists capture silhouettes drawn by others armed with their personality, in the same way, that they sometimes use the codes of fashion to build their own personal universe.

After just ten years, the strong character Louise Desnos expresses in her work as photographer and videographer is clear to see. Her photos first gained recognition at the 2016 International Festival of Fashion and Photography at Hyères-Villa Noailles – a celebrated European fashion and art platform– at which the public discovered her series Acedia, inspired by the ability we all have to be lazy. The following year, she got into fashion photography by shooting young designers selected at the Hyères festival. Her practice maintains a paradoxical relationship with the daily hazards that she captures or provokes. She insists on details – plastic bags emerging from somewhat trashy landscapes or sophisticated fringes on designer trousers; on surfaces – grains of skin or limestone rocks on which models crawl – and abysses – sink piping as folds of silky clothing. Her photographs are stories in their own right, and ultimately, pretexts for her infinite search for signs.
In the exhibition are echoed personal series – Otium, Acedia- to images created for fashion designers – Octo Arcaneand the Villa de Noailles.

Lin Zhipeng, aka No. 223 (after the name of Takeshi Kaneshiro’s policeman in Wong Kar-wai’s cult film, Chungking Express), had been destined to go into finance before finding his vocation as a photographer in 2004. He works in both fashion and advertising and has edited a fashion magazine for the last seven years. Lin Zhipeng shoots his own work in the same way that he shoots for a brand: his models appear to be from a tightknit circle of friends and seem to hang out in teenagers’ rooms reveling in the playful disorderly scene. The ridiculous situations in which he sometimes places his characters (food that falls or drips from entangled bodies) are inspired but also counterbalanced by a controlled aesthetic of color and shape. The result is a work that is both poetic and provocative in its diary-like revelations of a certain type of Chinese youth, without complexes in terms of sex and pleasure, off the beaten track.

Images of his personal series, such as Tutu Stealthor Floury Dust Climbing, are featured here with a selection of photos produced for VogueMe China Magazine brands like Atelier Rouge Pekin and United Nude. 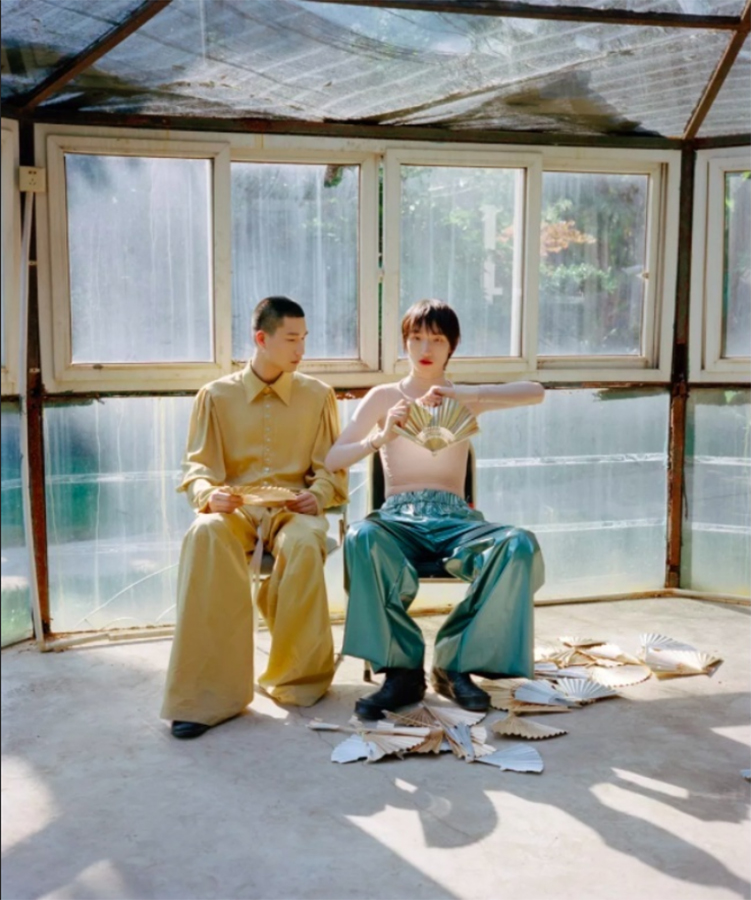 Based in Shanghai, Liu Shuwei, an engineer by training, has fortunately for us decided to be a photographer and videographer. To his credit, his body of photographs reveals the sensitive and romantic personality of an artist, as well as the structure and attention to detail of an architect (or engineer …). The medium of photography, whether for personal projects (Friendship and the Pink Triangle) or for commissions, allows him to evoke topics that are important to him, such as the shared experience of individuals. He is strongly inspired by literature and cinema (notably Jean Genet and Derek Jarman). His characters, where they appear, are enigmatic whether as friends or solitary and traverse lunar landscapes or the interiors of houses haunted by good spirits, much like of the images of Wim Wenders. Like the German filmmaker he admires, Liu Shuwei starts out with bright colors which he animates with a poetry that is very much his, and close to people, he seems to love deeply.

Her work is presented in this exhibition through selected images of Visible Darkness(work produced at the end of a residency program),the Gardenand Revisited(published for magazines).

The work of Liu Shuwei is regularly published in fashion magazines (Vogue Italia, Elsewhere …) and he has collaborated with designers Momo Wang, Chaotic, Pure Idealism.

Paul Rousteau loves the color, infinitely and almost to the point of excess. His taste may have developed during childhood, as he was raised in Auvergne – a region of central France characterized by broad and wild landscapes – in a hippie family that made him appreciate the simple life close to nature. His recognizable style is expressed in all his projects, whether commissioned or personal: deformed silhouettes, foggy effects, gliding and diffuse lightness, and especially cool and striking colors, which literally construct the photography, as in a painting by Monet or Matisse. No Photoshop post-production for Paul. He uses the most traditional of photographic techniques. He shoots through the lens or glass, and prints on special paper that tends to make the colors run a little.

The work of Paul Rousteau is shown here through the series A Part IIIand Paris on fashion, some of which are presented as the background of the other (Part IIIon the wallpaper produced from Givernyseries).

Exhibition presented as part of the 2018 Croisements Festival.