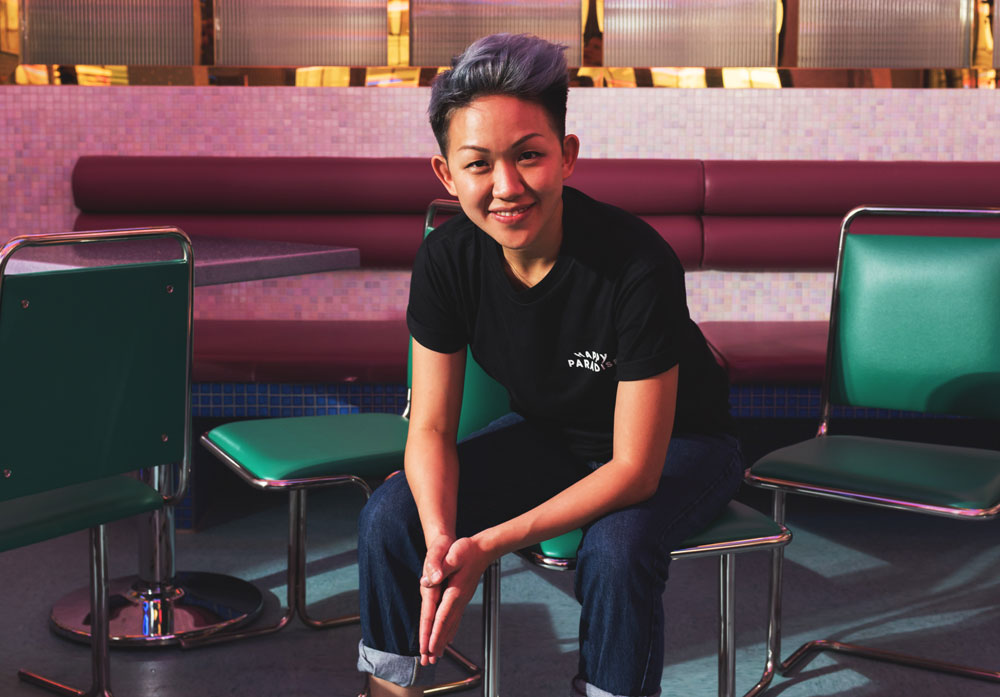 May Chow was raised between Hong Kong and Canada, by Shanghainese family.

Her cross-cultural upbringing has influenced much of her east-meets-west culinary ethos, bringing people through Chinese cuisine both as an insider and an outsider. She trained and worked in Bangkok, Los Angeles, and Boston. She represented Hong Kong at food festivals such as “Omnivore” in Paris and Shanghai.

Chef May Chow is committed to exploring, redefining and exalting the value of traditional ingredients and local culinary history. Chef Chow celebrating and rewriting the rules of local cuisine, taking cues from her Chinese heritage and skilfully interpreting familiar flavors in authentically original ways.

She was named Asia’s Best Female Chef in 2017 by Asia’s Best 50 Restaurants Academy. Chef May Chow is the founder and owner-operator of two enormously successful restaurants in Hong Kong Little Bao and Happy Paradise.

The internationally acclaimed chef thinks that most of the world experienced just the tip of the iceberg when it comes to Chinese food. Her goal is to share Chinese food culture with everyone.

China-underground: How and when did you start to get interested in food? Have you always wanted to be a chef?

Chef May Chow: My mother was a huge influence. She loved cooking. I loved watching Yan can cook when I was young and always look forward to going to the supermarket and cooking with my mother.
I think secretly I always wanted to be a chef but I started much later as it was not something that my Chinese parents thought was appropriate for a Chinese girl with a college education.

You were born in Canada, did this affect your approach to food and Chinese cuisine?

I lived in Canada very shortly before I moved back to Hong Kong. It was an amazing place to grow up as a kid. There was such a simplicity and joy living in Canada and cooking with my mother was so happy. I still retain this sense of happiness with my work especially in Hong Kong where everything is fast-paced and intense. 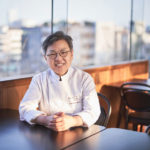 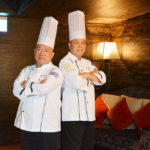 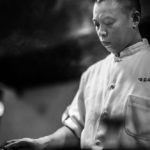 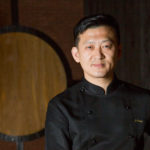 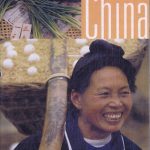 Chef May Chow from Little Bao and Happy Paradise has appeared on Food Network and has been a guest judge for MasterChef Asia, Top Chef in America and appeared as a speaker at the Melbourne Food & Wine Festival

Can you tell us the main differences between Chinese-American fusion and traditional Chinese food?

For Chinese-American fusion, there’s a lot of adaptation of what was available in the US making Chinese food. Also, who was eating the food? American Chinese food might be suited more for Americans than Chinese. I don’t necessarily identify with the type of American Chinese food. However, I was exposed to a lot of American cultures when I lived in the US and technically I’m a western trained chef. Therefore, the techniques are different and maybe the approach, thought process and ingredients are also different.

You make avant-garde dishes displaying diverse flavors from the various culinary traditions of China. Do you have favorite ingredients and why?

I never have a favorite ingredient because I feel that I am constantly still learning and exploring.

What the philosophy behind your culinary?

Our goal is to showcase the beauty of Chinese culture, its traditions and culinary, in a very personal, modern and fun way. We don’t want to dilute the food but present Avante Garde thought while still highlighting Chinese traditions.

You are an entrepreneur of “Little Bao” and “Happy Paradise”. What is the biggest challenge you face in your activity?

Balance creativity with the balance sheet. I think every entrepreneur and creative faces the same challenges. The list is long. I’ve learned to take all challenges as enjoyment and not waste time on sulking.

When Impossible Foods made International debut in Hong Kong, Chef May was one of the first to serve her “Impossible Bao” with a local Cantonese twist

You are a testimonial for ImpossibleFoods, can you tell us something about it?

I like to be part of progress. It’s undeniable by the next generation, protein consumption will be completely different from what we see today. I want to be part of the change so my nephew doesn’t think I’m old and can’t see the future. There is no way we can rear so many animals with the population growth, there is simply not enough land and clean water and I think impossible is only the start of the conversation.

How much are people in Hong Kong concerned about health, food and the environmental impact?

I think people are highly concerned. I however still believe that people care but don’t necessarily know what or how much action to take yet. Also, are the alternatives affordable? I think Hong Kong is definitely not as wasteful, they think about eating organic and less meat and generally are doing more exercise in the past 5 years.

In 2017, she was named the Best Female Chef by Asia’s 50 Best Restaurants. Chef May Chow reinventing traditional local cuisine with a Western twist.

I read that you were named Asia’s Best Female Chef in 2017, and you have used this as a platform to promote LGBT issues and help women find work in professional kitchens. Are discrimination still strong nowadays for LGBT people in job opportunities?

I don’t think there is strong discrimination against LGBT people in job opportunities in restaurants in Hong Kong. We support in small part to LGBT initiatives, I have spoken on many LGBT panels about personal experiences as an LGBT member in Hong Kong. My partner and I have lived very publicly to hopefully inspire local LGBT members to feel that they have someone that represents them in public. However, there is still much to be done.

Photo courtesy of chef May Chow, Little Bao and Happy Paradise
Special thanks to Carmen Chan