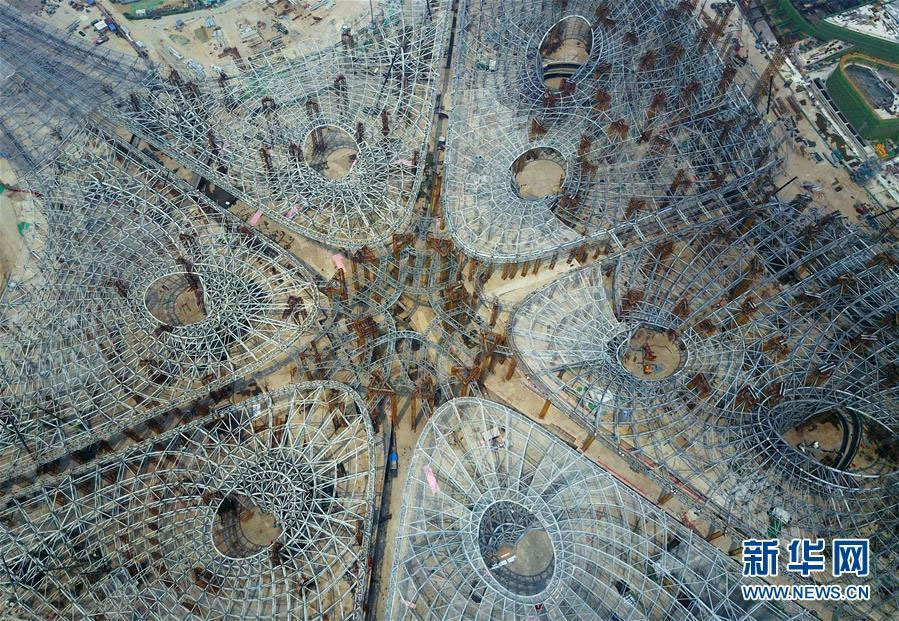 The new air hub is located in the southern part of the Daxing district, Beijing, along the border with Hebei province.

Authorities said the airport, currently known as Beijing Daxing International Airport although its official name has not yet been released, is expected to begin operations in 2019.

The distance from the far-end of each wing to the center building will be less than 600 meters, a design that distinguishes the airport from most large international airports that inevitably require commuters to walk long distances, they said.

The airport, located 46 km south of Beijing’s city center, is being built to take the pressure of the over-crowded Beijing Capital International Airport located in the northeastern suburbs.

The new airport has been designed to handle up to 72 million passengers and 2 million tons of cargo each year by 2025.

The airport will be able to handle 100 million passengers and 4 million tons of cargo a year.

China Eastern Airlines, one of China’s top three airlines, announced Thursday that it will build a 13.2-billion-yuan base at the new airport, where its aircraft maintenance, catering, ground, etc.