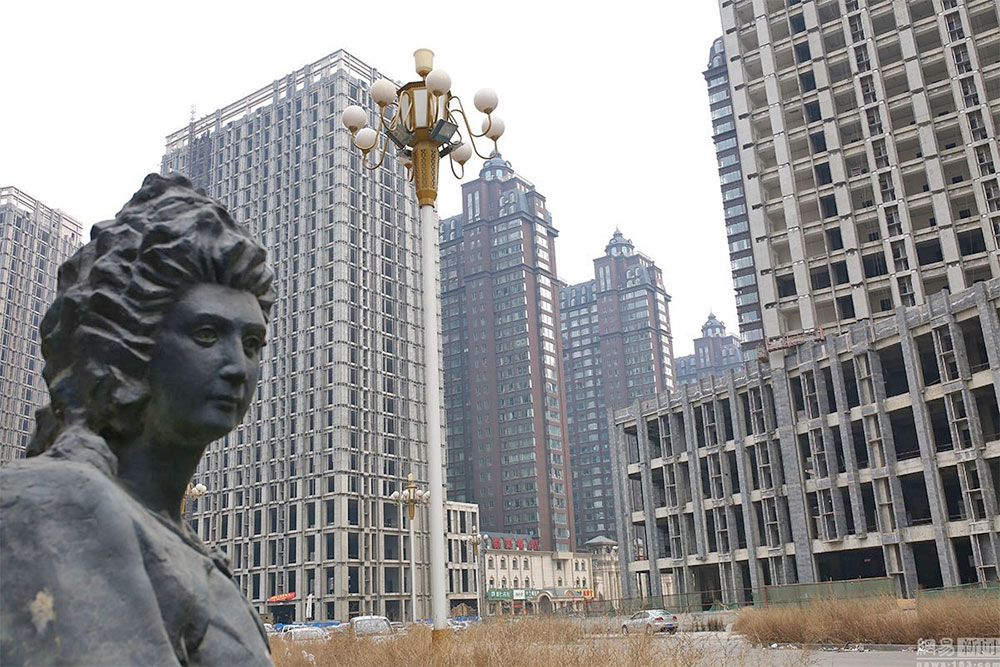 Xiangyun International Project (祥云国际楼盘动态) covers an area of about 1800 acres. It was considered a strategic investment by the local government to support the real estate sector, tourism, and cultural sector.

The overall project consists of two major parts: the south, an area with more than 1,300 acres of low density high-end residential communities, and the north area, covering 426 acres.

In 2014 Hebei Real Estate Development Group Co., Ltd., a well-known private company in Hebei Province, was put under investigation by local authorities. Since then, housing prices dropped, and the company accumulated billions of debts. Since the real estate project was seized, ten of thousands of owners are not allowed to move there, and the apartments cannot be used.

In 2017, Hebei Real Estate Development Group’s business has come to an end, undermining the original project, and leaving ten of thousands of people to deal with the controversial situation.

According to public reports, authorities have put under control the company due to the corrupt activities of Mr. Li Sheng, legal representative, and the actual controller.

According to the Shijiazhuang City Intermediate People’s Court notice, the first creditors’ meeting was held on March 17, 2017.