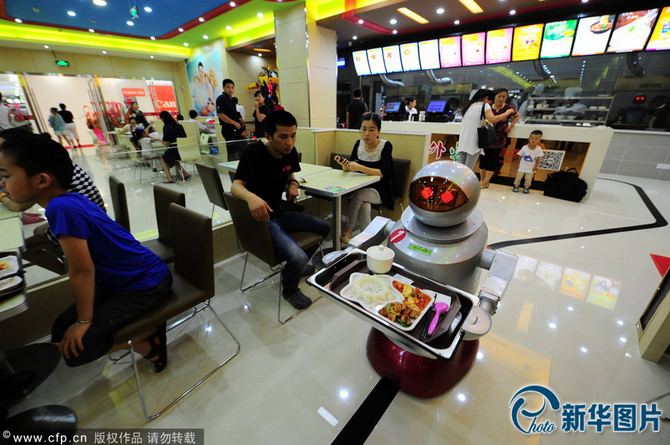 In the restaurant there is a robot responsible for hospitality , that welcome the customers. A second robot helps costumers ordering on a digital menú, with wide range dishes, using touch-screen technology. After choosing the dishes the customer will checkout. 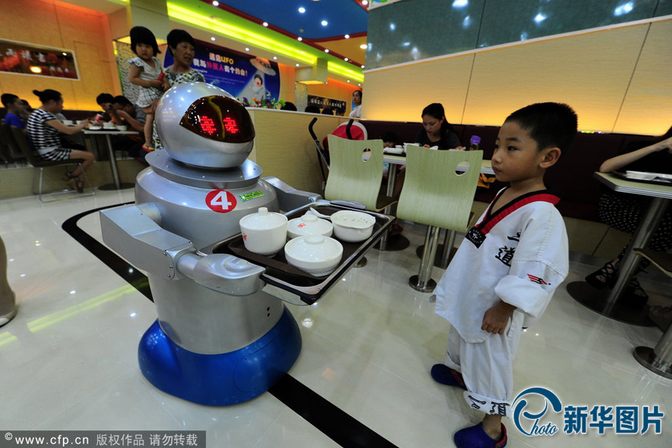 The restaurant is more than 300 m2 and robots move around the room following a black stripe with optical tracking sensors. They are programmed to select the nearest way to delivery food and drinks to customers. 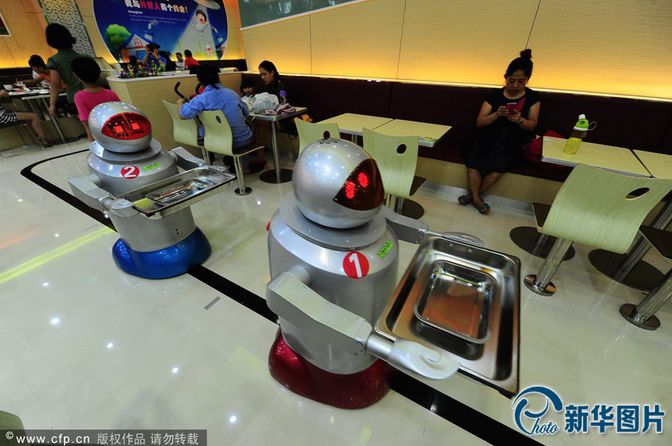 Robot-waiter warns customers saying: “Hello, your meal has been dispatched, Please look at your own side”. After the meal ends, the robot politely asks the customer to touch his head so it can continue his work. 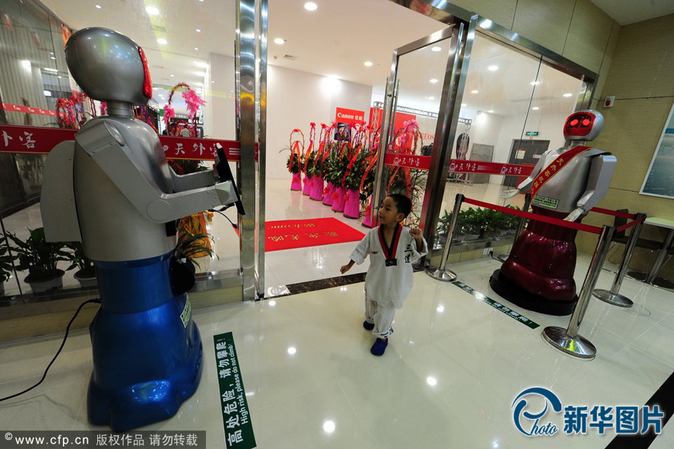 Song Yugang, the manager of the restaurant, told to the reporters “This is the first second-generation robot restaurant, compared to the first generation of robots, the second generation has more interactive features.” 15 robots work as waiters, in addition in the kitchen there are as well robots, two for frying and one for cooking dumplings. 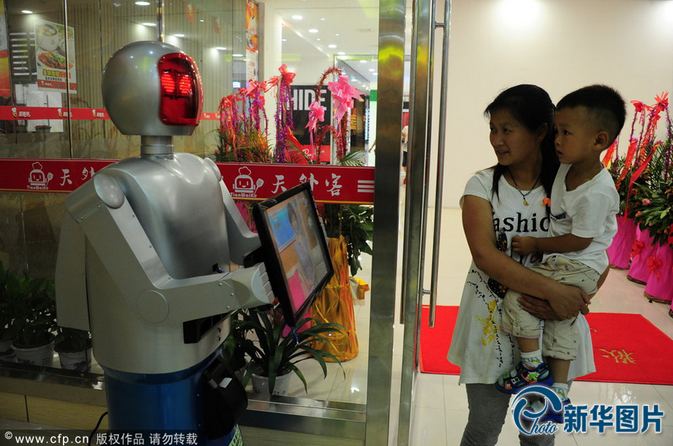 Mr.Song say, a delivery robot costs around 40,000 RMB. He also added “a robot can say 40 basic terms, can’ t get sick, don’ t leave, need only two hours per charge and can work continuously 5 hours after charge. This mean the cost is only 4 RMB a day of electricity”. 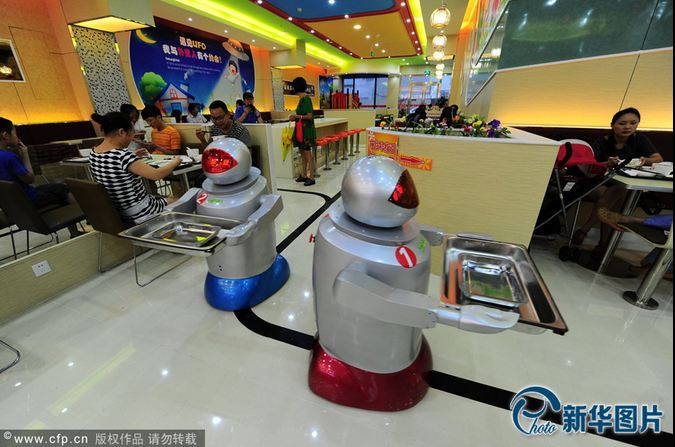 The company who designed the robots is also creating robot for education and entertainment. 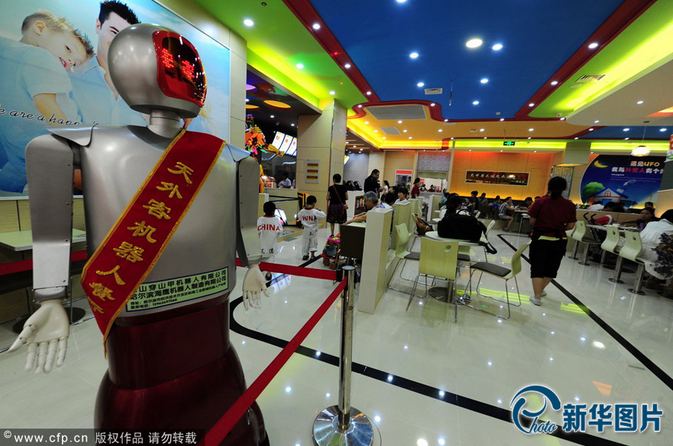 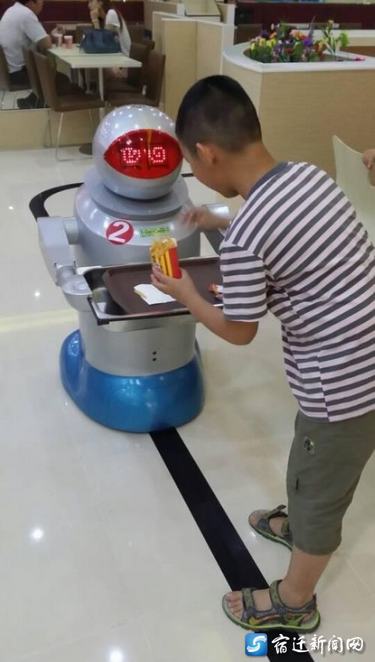 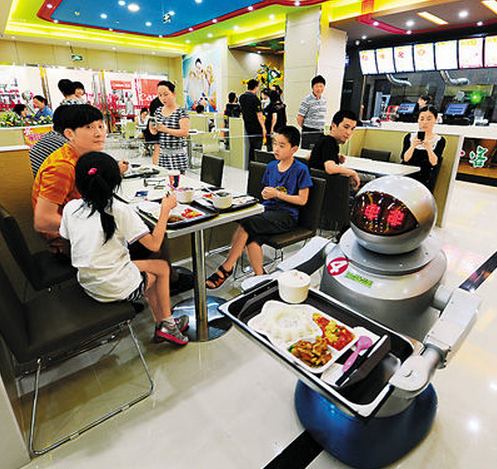 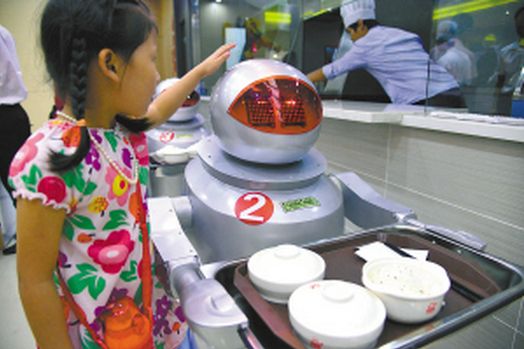 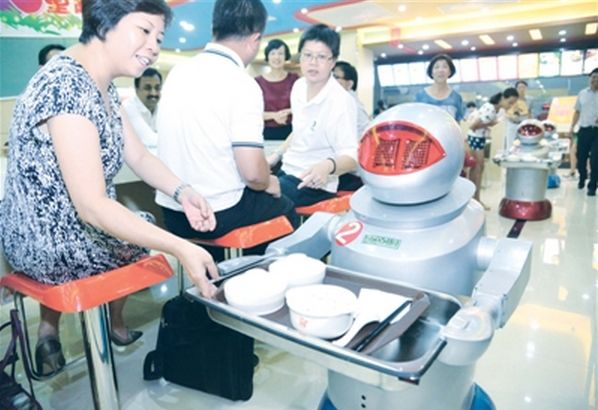 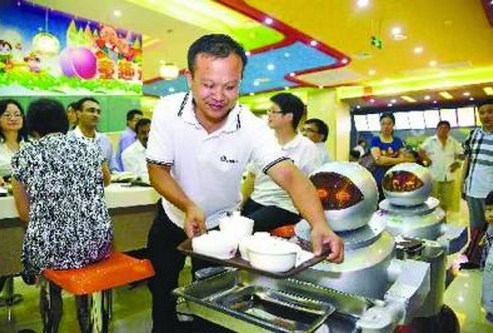 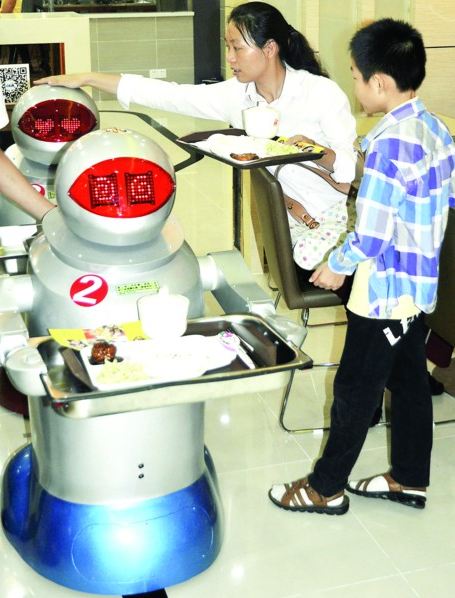 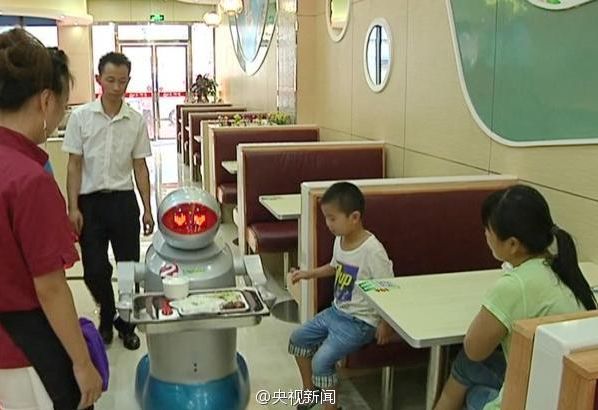 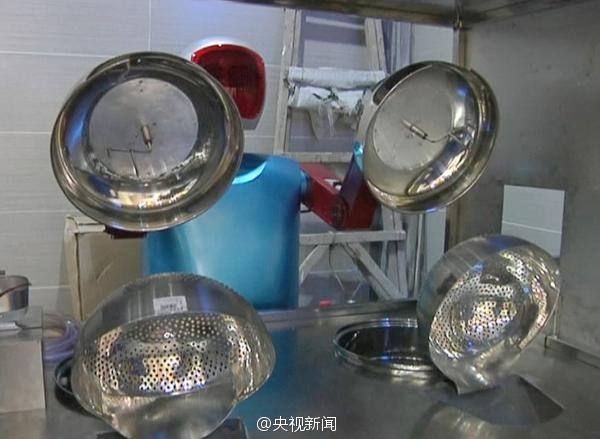 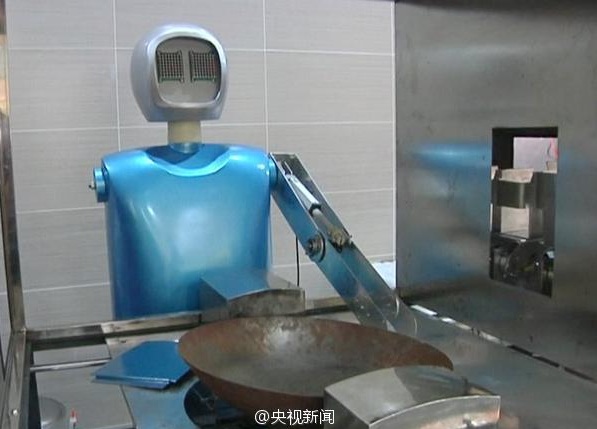 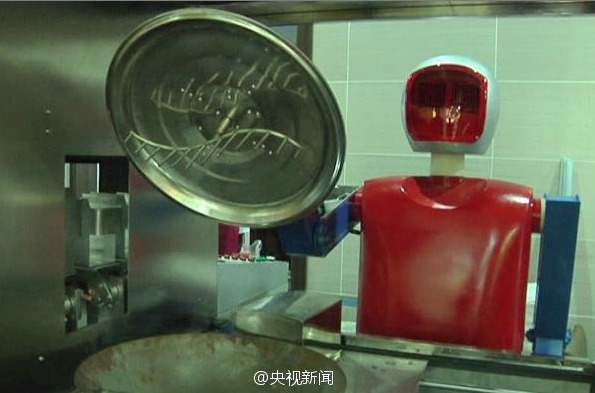 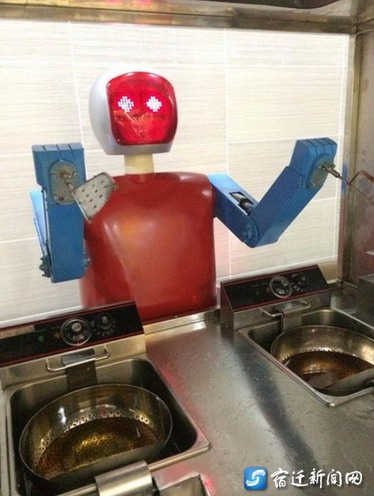